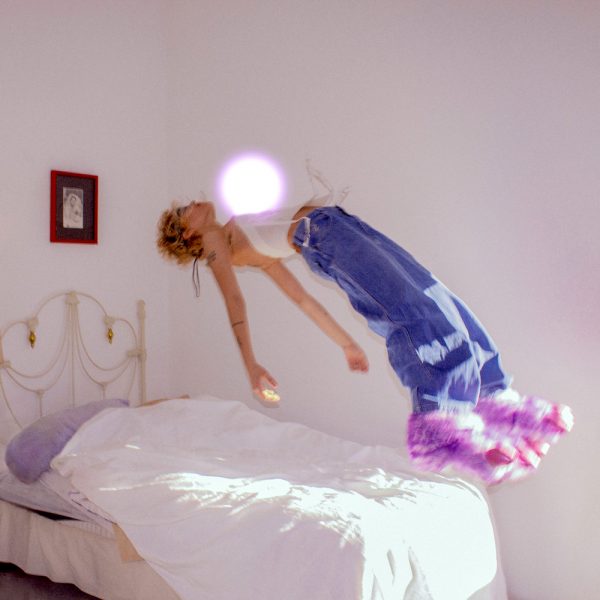 “subvert the sounds of their upbringing with a satanic, deconstructed take on Latin club music.”- i-D

Led by vocalist Ángel Ballesteros and backed by producers error.error (Efrén Coronado) and Bonsai Babies (To Robles), neo-perreo overlords, Meth Math, grew up in the manufacturing, desert town of Hermosillo, Sonora, 1200 miles northwest of Mexico City. The band met in Hermosillo, growing up in the underground punk and rave scene, though they made their name in Mexico City where Ballesteros is now based. Ángelica also runs her own clothing label, Baby Angel, and art gallery, Antes de Cristo, which makes use of random spaces – from shopping malls and payphone booths, to stretch limousines – for installation art shows.

They have released two EP’s for independent label In Real Life. Their most recent EP, m♡rtal, was released in spring of 2022 and has features from Sega Bodega and Dinamarca. Machine Girl, who were their recent touring mates in the UK, just remixed a track from the EP, as did London producer, and Bala Club founder, Kamixlo. Meth Math have been featured in i-D, Mixmag, The Face, Dazed and Crack Magazine. They just played the NYC edition of Boiler Room, where Ángelica collaborated with fashion visionary, Shayne Oliver (Hood By Air / Anonymous Club founder). Their debut long player is due in 2023.