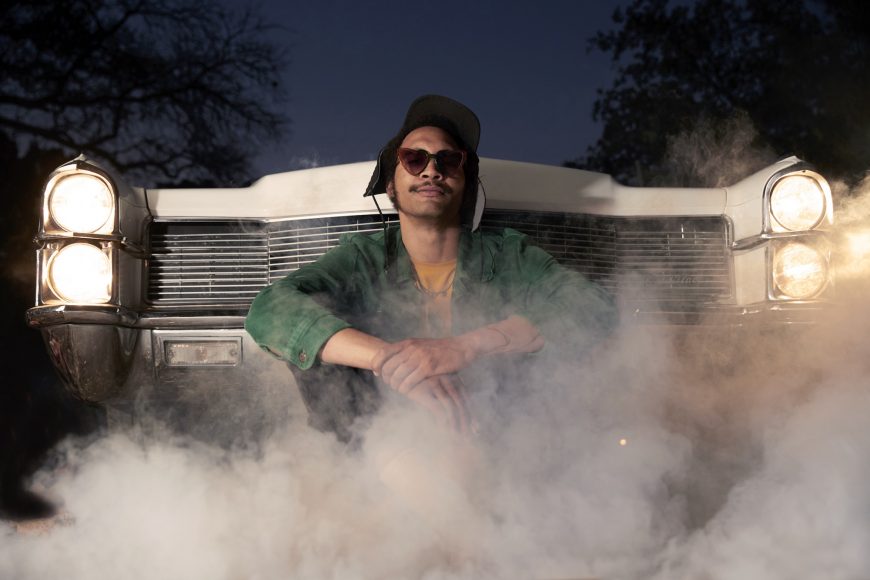 When Tré Burt was signed to John Prine’s Oh Boy Records in 2019, he was one of only two artists  – including label mate Kelsey Waldon, to join the label in the past 15 years. Caught It From The Rye, Tré Burt’s debut album was re-released on Oh Boy in Jan 2020. The album showcases Burt’s literary songwriting and lo-fi, rootsy aesthetic, which he honed busking on the streets of San Francisco and traveling the world in search of inspiration. Like label mate and songwriting hero John Prine, Burt has a poet’s eye for detail, a surgeon’s sense of narrative precision and a folk singer’s natural knack for a timeless melody. Caught It From The Rye is an urgent missive from an important new voice in songwriting.

For a songwriter who thoughtfully documents what he sees in the world, 2020, while challenging, was rich with inspiration. The year birthed the single, Under The Devil’s Knee, a song that continues the tradition of outspoken political folk songwriters of yore. It is an incredibly moving protest song tracing the lives of George Floyd, Eric Garner, and Breonna Taylor. Recorded remotely featuring Allison Russell, Sunny War and Leyla McCalla.

“Humanity feels like it’s slipping away from us, as a country. I wanted to reinstate the humanity of George Floyd, Breonna Taylor, Eric Garner and so many other brothers and sisters slain by police in the way I know how. I wanted to immortalize their dignity and make the work easy for future historians and remind the present that no matter what side of the aisle you’re on, this is about actual pain and real human suffering caused by a system of governance that is morally bankrupt. This, I felt was my duty as an American songwriter to do. Music is a powerful force, especially when you put it through a protest song. It makes the fight more tangible. Reframes perspective. None of which entered my mind when writing this, at all. That was out of anger. I wrote this song out of anger. They should all be alive.” – Tré Burt

Tré’s sophomore album, You, Yeah, You  builds on his previous work as “he grows ever more sophisticated, empathetic and razor sharp as a storyteller and musical philosopher” – NPR. Recorded in North Carolina with producer Brad Cook (Bon Iver, Waxahatchee, Nathaniel Rateliff) the album reads like twelve rounds in a ring, summoning the will to fight the unknown rather than surrender to fear and fatigue. You, Yeah, You is a cohesive body of work that clearly illustrates the ever expanding space in which Tré Burt’s voice belongs.

Tré toured in summer 2021 with Nathaniel Rateliff and the Night Sweats and Shakey Graves as well as making his Newport Folk Festival debut performance.

“Tré Burt blazes his own troubadour path, a powerful and moving debut from a singer poised to become a folk festival mainstay for years to come”  – Rolling Stone

Following a support tour with Watchhouse, a performance at the venerable LUCK Reunion on Willie Nelson’s ranch, and  the 2022 release of the EP Know Your Demons,  Burt heads out on his long awaited debut headline tour in the US and Europe and summer festival touring to include Under The Big Sky, Hinterland and numerous other festivals.

“Burt’s music expresses an ache for harmony, justice and solidarity. “You, Yeah, You” tells a story about the Sweet Misery and grief that defines our time” – NPR

“Burt’s stories, be them freewheeling tales about watching time pass by or hyper-focused political screed, represent a breath of fresh air in the Americana genre” – Paste Magazine

“Burt’s album possesses a raw, heart-rending sound, one that will thoroughly absorb you. Prine would be proud.”  Folk Radio