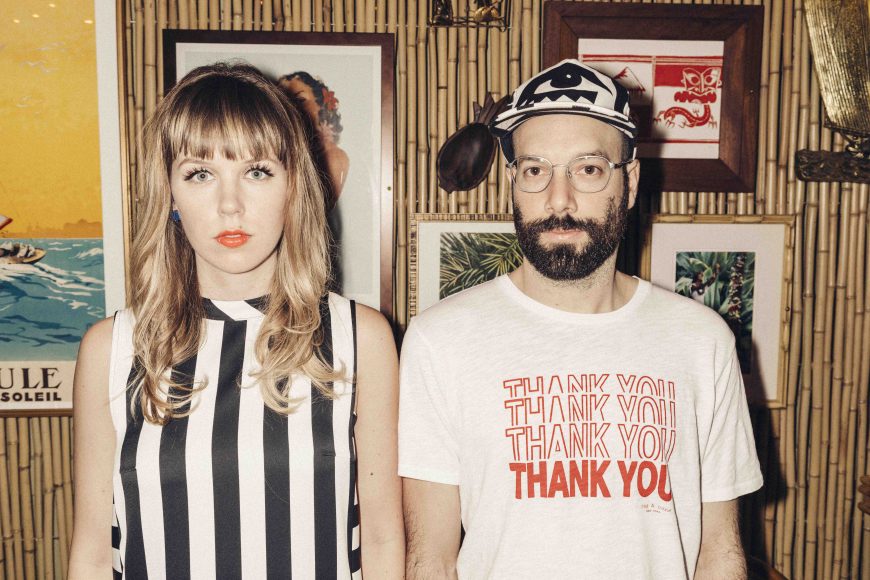 Pioneering the style of “VideoSongs” on YouTube, Pomplamoose is a San Francisco-based indie-pop-rock-duo comprised of Jack Conte and Nataly Dawn. With the debut of their online presence in summer 2008, Pomplamoose (a derivation of the French word for grapefruit, pamplemousse) has garnered a significant fan following ever since. Often compared to artists like The Bird and The Bee, Feist and Regina Spektor, they quickly became renowned for their split-screen video-editing that deliberately features every instrument used in the recording process. In 2010, they released their first viral VideoSong, a cover of Beyoncé’s Single Ladies, followed by a national Hyundai holiday ad campaign and two sold-out nationwide tours. Pomplamoose took a break from the band in 2011 to focus on their solo careers. In 2013, the artists reunited to begin creating new material for Pomplamoose Season 2. This next stage of Pomplamoose promises to stay true to the band’s homegrown roots while incorporating new visual elements and a more electronic sound. Veering away from the traditional model, Pomplamoose remains unsigned to this day, successfully making a living from album sales, licensing deals, touring, and the enthusiastic support of their fans.