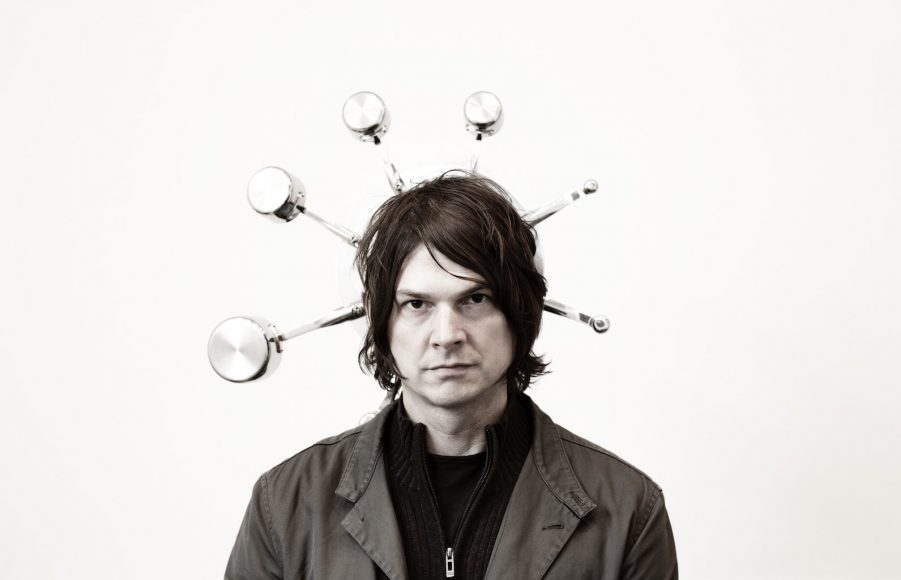 For a percussionist and composer as energetic, inquisitive and versatile as Glenn Kotche, it’s his sense of balance—his ability to thrive in different and seemingly disparate worlds—that really makes him stand out as a musician.

Since 2001, Kotche has been the rhythmic anchor in Wilco, one of the most beloved rock bands on the planet. His first studio outing with the Chicago- based band was the breakthrough Yankee Hotel Foxtrot, and has continued over the course of five albums, including the Grammy-winning A Ghost Is Born and the critically acclaimed The Whole Love. He has appeared on over 80 recordings by artists as diverse as Andrew Bird, Edith Frost, Neil Finn and Radiohead’s Phil Selway, and he’s a founding member of two other bands— Loose Fur, with Wilco frontman Jeff Tweedy and longtime collaborator Jim O’Rourke, and On Fillmore, with upright bassist Darin Gray. He has also written music for classical and post-classical ensembles like Kronos Quartet, the Silk Road Ensemble, the Bang on a Can All-Stars, So Percussion, eighth blackbird and many more.

Unsurprisingly, Kotche has drawn the praise of his peers from all corners of the musical spectrum. “I could never find another drummer who was Glenn Kotche,” Jim O’Rourke told Time Out Tokyo in 2013, “because there isn’t.” In the program notes for Ilimaq, a piece written in 2012 specifically for Kotche, composer John Luther Adams observed, “…in the hands of a musician like Glenn, the drum set is a one-man percussion orchestra.”

Starting with 2002’s collage-like Introducing, Kotche’s solo work traces an arc of creative growth and vitality that reflects this wide swath of influences. On Next (2002), he explored improvised rhythms on prepared drum kit installations. Mobile, released on Nonesuch Records in 2006, implied the travel-oriented theme of its title, ranging wide with vibraphone, kalimba, hammered dulcimer and crotales; Pitchfork found it “…as rooted around high-brow concepts as it is in rhythmic dynamicity and melodic bemusement.”

Eight years later, Adventureland (Cantaloupe Music) proves that Kotche’s quest for new musical horizons still brims with the wonder of discovery— even as he stresses the importance of staying grounded.

“It’s a constant struggle,” he says, “but for me as a person and a musician, I’ve always needed that balance. I’ve been in rock bands since I was a kid and I’ve been playing in orchestra and concert band settings since then too. I’ve always had both sides, and they somehow balance each other. With Wilco, I’m creating something with five other guys; it’s a collaborative community. When I compose, it’s all me, so there is a whole different set of challenges. Obviously these are two very different avenues of musical expression, but at the same time, they inform each other. When I play with Wilco, it’s more than just laying down a beat. I’m thinking in terms of colors and textures. And I’m sure being a rock drummer influences my writing. Many of my pieces have more rhythmic energy than anything else at its core. They explore different ideas and questions I have about rhythm.”

Adventureland ripples with the spirit of experimentation, beginning with the textural and rhythmic leaps of the seven-movement piece Anomaly (featuring Kronos Quartet and composed by Kotche on drumkit, with each limb corresponding to parts for violins, viola and cello). The Haunted is another five-part epic—a dueling “pianos vs. percussion” suite that throws Kotche’s own prodigious rock chops into the mix, particularly on “The Haunted Viaduct,” which surges like a rollercoaster ride of layered sound. Throughout the recording, Kotche’s wide range of interests, from gamelan (on “The Traveling Turtle,” with Gamelan Galak Tika) to all manner of exotic percussion instruments and field recordings (on “Triple Fantasy,” with Kronos Quartet and eighth blackbird), describes a journey that’s rich in detail and discovery.

“What I have to say as a composer comes directly from who I am as a person. The experience of being a drummer in a rock band has a strong impact on what I do musically as does having a background in experimental improv music; they both, along with my sound installations, play into what I compose. For me, composing is about being honest with myself. I have a degree in classical percussion but I’m not a trained composer, so I bring a different approach and perspective. When I’m composing, I try to remind myself to bring it back to who I am as a person and musician – and draw from my experiences. That leads to something that is certainly interesting to me to explore, and it’s definitely honest.”