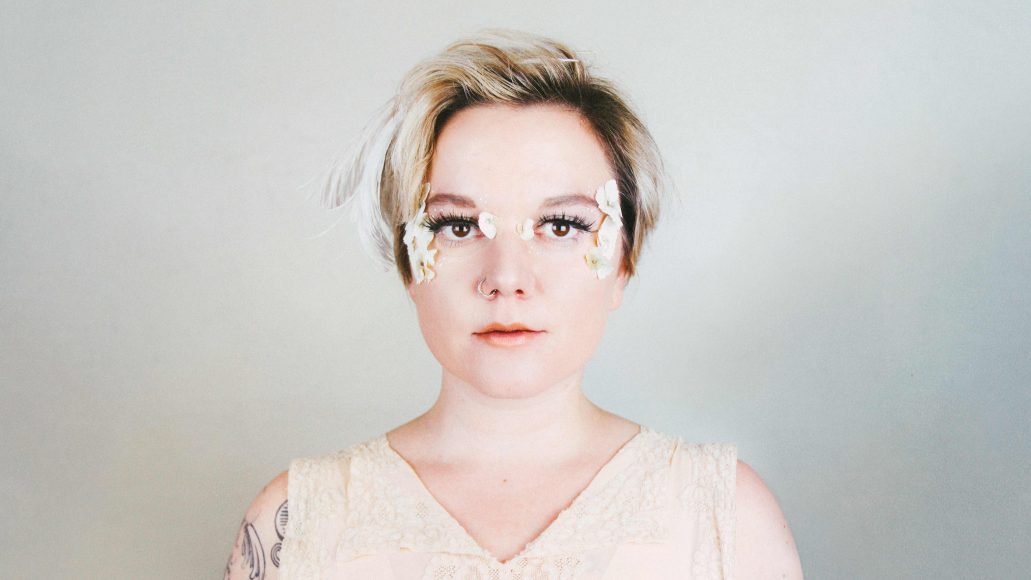 Daughter–her first album in four years–marks the triumphant return of Lydia Loveless, and documents a period of personal upheaval, including a divorce and an interstate move away from her longtime home. Left feeling unmoored and adrift, Loveless worked to redefine herself, both in her own mind and within the context of the world. Written with her characteristic candidness and razor-sharp wit, Daughter is a self-aware journey into independence.

In 2016, Loveless released her third record Real, which built on the success of her 2014 breakout Somewhere Else. The albums were embraced by critics and listeners alike, with her fanbase growing to even include some of Loveless’ heroes like Lucinda Williams and Jason Isbell. Those luminaries would become tour mates as Loveless and her band lived out of suitcases, working tirelessly in support of the releases. It was a time filled with many exciting firsts like TV appearances and performing at festivals (CBS This Morning: Saturday Sessions, Stagecoach Festival, AmericanaFest), but this strenuous time on the road wasn’t without its costs.

Loveless returned home exhausted, feeling she could no longer function at such a demanding level and longing for an overdue break. The next few months were marked by intense change: Loveless parted ways with her husband, who also played bass in her band, and moved away from Columbus, Ohio, which had been her home for years. She was left feeling disconnected from herself and everything she thought she knew. “I felt frustrated with myself for going straight from my tumultuous teen years into a marriage so that I could feel safe, and right when I was getting out of the situation, people around me were settling down and having kids. I felt lost and inexperienced,” Loveless explains. “Meanwhile the political landscape was turning even more bleak. Many men were coming around to feminism because they had just had a daughter. I’d see billboards on the side of the road imploring people not to hurt women because they were somebody’s daughter or sister or mother. And I was living as an individual for the first time, and don’t have maternal desires. My family was in turmoil so defining myself as a daughter or sister didn’t give me much comfort.”

Relocated in North Carolina, Loveless began to focus on herself. With her band hundreds of miles away, she set up a home studio to figure out how to make music in a more isolated way than ever before. The songs didn’t always come easily, but Loveless found unexpected inspiration in learning to use new techniques and gear (including analog synthesizers and a drum machine), as well as writing on piano more than guitar. The process helped her stay out of the way of her songs: “I had to make do with what I had to get the sounds I was looking for,” she says. “When melodies are coming to you frantically while you attempt to program equipment you don’t have a real understanding of, it frees you up lyrically as well. I got to really know what I wanted to say.”

Still unsure if these new songs would become an album or not, Loveless traveled to Chicago, Illinois, to record with Tom Schick (Wilco, Mavis Staples, Norah Jones) at The Loft. “For the first time I felt completely insecure about what I’d made,” she explains. “But recording brought things back into focus. I couldn’t back out of playing and explaining my songs and vision.” Her longtime accomplices–multi-instrumentalists Todd May and Jay Gasper, and drummer George Hondroulis–eventually joined her in the studio, with Loveless playing bass on a few songs for the first time in 10 years, and piano on a recording for the first time ever. The album began to take shape over three sessions and Loveless, working closely with Schick, pushed herself to chase the new ideas, sounds, and directions that make Daughter a revelation.

Throughout Daughter, the anguish, hope, regret, and even wry humor of Loveless’ self-reflective journey is palpable. The hallmarks of her music—that unmistakable voice, an incisive way with melody, and an unrelenting willingness to cast the first stone inward—are still present, but there’s also a newfound sense of space and experimentation across the album. Songs like “Love Is Not Enough” (which she calls “the closest to a political ditty I’ve been able to write thus far”) or “Wringer” and “Dead Writer” (which most directly address the fallout of her divorce) expand on Loveless’ core sound, while the title track centerpiece is one of her most meditative songs to date and finds Loveless reckoning with how her place in the world is defined, singing: “What is my body worth to you without your blood in it?” “I was talking to my friend at lunch a few days before we went into the studio about how sick I was of women only having worth if they were someone’s kid/sister/mother, not just because of being a human,” Loveless recalls. “I told her I wanted it to be the focal point of the record, but I hadn’t written it and she said something like ‘Well, you’re going to write it today and call me when you do.’ I went to practice that day and started playing it for the band. It all fell out.” On the somber “September,” the sparse, piano-led arrangement features cellist Nora Barton as well as guest vocals from Loveless’ friend Laura Jane Grace, while the haunting “Don’t Bother Mountain” is built on drum machines and keys; both illustrate an evocative, adventurous side of Loveless’ songwriting while recounting dark moments from her past. Elsewhere the atmospheric “Can’t Think” struggles with conflicting desires as it builds to a heady, cacophonous end, and the deceptively upbeat “Never” details the regret-filled fallout of a relationship over a foundation of synths (a sonic choice born out of what Loveless refers to as her “George Michael phase”).

In the end, Daughter captures Loveless at her fiery best, with her songwriting stronger and exhibiting an even keener insight than ever. The album showcases Loveless’ willingness to push beyond her musical and lyrical comfort zones to find a previously untapped sense of self. “I took a break because I was exhausted. But it was also out of the necessity of trying to learn who I was,” Loveless says. “I spent the last 10 years as a ‘growing up on the farm country gal,’ and felt like I needed to think about who I am now.”

Daughter is Loveless’ first release on her own label, Honey, You’re Gonna Be Late Records.