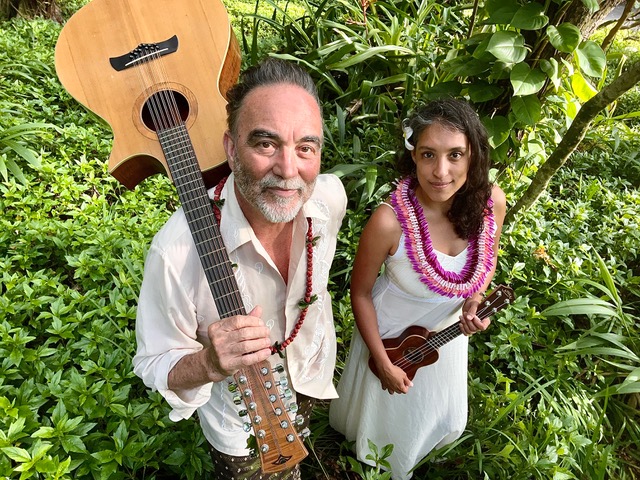 He is also: Percussionist and Singer for the D.C. based outernationalists; Thievery Corporation.c (His other side projects include: Palm Fabric Orchestra, Soft Explosion, Mourning Doves and 8fatfat8).

His Solo show, “The Suitcase Show”: is a combination of unique Video and Audio backing tracks, Stories, various instruments, and a suitcase full of surprises. He often travels with a handful of co-conspirators & musical collaborators.

Raised in the Hawaiian Ocean; Frank Orrall is the Son of a Solar Physicist Father, and a Folk song singing Mother. Learning Guitar from his Mother, and a love of poetry and nature from his Father; Frank began to record a series of homemade solo cassette albums out of his bedroom in 1984, and released them on consignment at local record stores around Honolulu and Southern California, under the moniker; Poi Dog Pondering. Since then he has recorded for Texas Hotel Records, Sony Records, Tommy Boy Records & currently, his own label; Platetectonic Recordings.
Frank has lived between Honolulu, San Francisco, New York, Austin Tx., and Chicago.

Collaborating along the way with a wide array of fantastic Musicians & Co-conspirators; releasing 8 full length albums as PDP, and traveling extensively with them (and Thievery Corporation); For the love of Music, Prose & Adventure.

Biggest Dream: To voyage the Pacific on a sailboat.