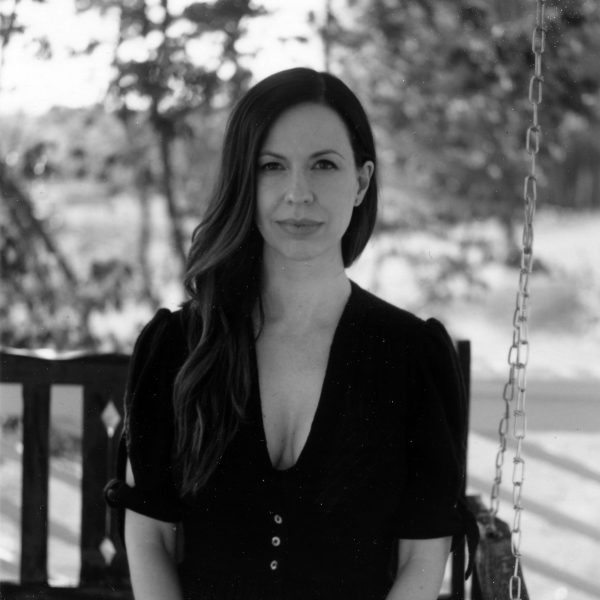 In just two words, the title of Joy Williams’ Front Porch goes a long way in setting up what to expect. In pre-mid-century American houses, every porch or veranda was a veritable mini-town hall unto itself, where friends, neighbors and loved ones might interrupt an evening stroll to sit a spell and catch up on local news and core life stuff. Williams’ second solo album is everything that image might lead you to expect: warm, conversational, intimate, simultaneously sheltered and open, and deeply dusk-and wine-infused. Amid acoustic settings that frame Williams as beautifully as any portico could, she sounds to the veranda, if not the manor, born.

The new album seems like such a fulfillment of where that lovely voice was meant to sit that you have to pause for a moment to remember that, actually, not all her previous work was quite this inviting. In the two albums she made as half of The Civil Wars, yes, the music was this envelopingly up-close and rootsy. But the very name of the duo was a tip- off that a feeling of ease was not their prime directive. That music felt both Appalachian and apocalyptic, and brimming with minor chords…lots and lots of minor chords. And when, in 2015, Williams released her first solo album, the backing was so ethereal and electronic, and the emotions so unsettled, that it almost seemed to take place on a different musical planet, which is why the title Venus seemed appropriate in more ways than one. But now she’s looking at that distant light in the sky from a peaceful rocking chair. Maybe you’d like to stop by and stargaze?

“The kind of music I really enjoy is the kind that feels like a conversation,” Williams says. “I really wanted this album to feel like an easy, open invitation to come and hang out. I know that sounds really basic. But we talked about that even in what microphones we picked—like, do these sound tin-ny? Would they sound overly bright? And I kept saying, I want warm. I want it to sound as real and up close as we can get it without my being too much in your face.”

It just so happened that a lot of these songs, mostly but not entirely penned with female writer friends in Nashville like Liz Rose and Natalie Hemby, were in fact conceived on Williams’ porch. (Perhaps it won’t upset the imagery too much to reveal that they often retreated to the back porch.) And Williams was thinking of the literal appropriateness of the title when she finally arrived at a simultaneous name and concept for the record. “It was interesting to me that as more production ideas would start to get thrown out,” she recalls, “my immediate response was, ‘No, I think simpler is going to be better. I almost want to think of it as front porch music. Like, if I can’t play it on the front porch, it’s probably not for me.’ And that became a guiding light for me from that moment forward.”

Not every fan who’s followed her career expected to be coming up the walk with her like this after her previous album, Venus, which put you in mind of sequencers, not stoops. She freely admits that that solo debut was in part a reaction to the breakup of The Civil Wars, a split that effectively happened in 2012 and was officially announced in 2014.

That duo had been the virtual standard-bearers of roots music in a mainstream and surprisingly commercially accepted context—having their first album go gold, their posthumous second album debut at No. 1 on the Billboard 200, racking up four Grammys, and even being the hit of the The Hunger Games soundtrack in a collaboration with superfan Taylor Swift. But the duo’s name proved prophetic, and the split left Williams with some turmoil to write about on her first individual effort, as did some more life-and-death matters that were occurring in her family’s life. And she had no desire to immediately return to the sound of the crime, as it were.

“In a way, it was a reaction” to the duo’s breakup, she says of her previous album, “and I wanted to write about that, not in a way that drew battle lines, but in a way that I could hopefully process it. I also wanted to push myself musically, because I like to see how far I can go and what I’m capable of. So I went from this earthen sound in The Civil Wars, which I really loved cultivating and growing, to thinking I might need to try something else to cleanse my own palette and have an ability to start afresh. So Venus was kind of going to outer space… literally. It’s definitely more of an ethereal, spacey sounding record.”

Front Porch actually deals with pretty heavy subject matter, too, with songs about hard times in marital or other long-term relationships and at least one song overtly prompted by her father’s death.

And if someone listens to Front Porch and says, “Hey, this reminds me of The Civil Wars,” or some more contented version of the musical template that first put her in the public eye? She won’t mind that.

“After exorcising those demons, it was almost like wiping the dust from my hands to say, ‘I’m not afraid to go back to this sound again.’ And I’m proud of the way that I wrote in The Civil Wars,” Williams says. “He and I wrote every single song, with the exception of maybe two songs, just the two of us. So it’s in my bones to write in this way. And if right after The Civil Wars ended it was too painful for me to tap into that sound, I’m not afraid anymore, and it feels good to own that part again of the way that I write and that sound that inspires me the same way a lot of things inspire me.

I wanted there to be depth and breadth on this record, and to not shy away from things that might sound a little familiar. Because I’m proud of the music that I made in The Civil Wars and was very much a part of creating it. So if it sounds familiar, there’s a reason why.”

The title track, besides welcoming others in, is implicitly an invitation Williams is extending to herself to feel at home. It’s not just a musical thing but a geographical one. After the time she spent in her native California working on the Venus album and attending to her ailing father, she made the decision to move back to Nashville three years ago, and she hasn’t regretted it.

Point out that she uses the word “ramble” in one of the songs and she’ll laugh about the local, deep-country influence. “I’ve lived in Nashville on and off for going on 18 years, and I just started saying ‘y’all’ in the last year. I’m catching myself and grinning at the Northern California girl finally picking that up. So I think ‘ramble’ is probably part of that, too. It’s seeping in.” But there was some kind of reluctance there. When she moved back three years ago, “I’d never called Nashville home, even though at that point it’d been 15 years since I first moved there. Coming back was really important for me personally, and creatively, like ‘Oh, yeah, here’s my community again.’ And it was a great place to start writing again, out of that sense of grounding and touching the place where there are etch marks on the door of how tall my son has grown.”

There’s a daughter now, too—infant Poppy—in addition to her son, Miles. Williams was three months pregnant with her when she went into House of Blues studio in Nashville to spend eight days recording the album.

“I can remember looking down at my belly a lot and just thinking about how this is the week where you are supposedly growing your eardrums, and I was like, man, what a cool thing, to know that as this child is sprouting ears, he or she—I didn’t know yet—would be hearing all this music washing over them. Some people were like, ‘What were you thinking? You could have taken a break.’ But I actually feel more creative having become a mother. I don’t feel like it’s been an impediment. It’s actually been a great tool for inspiration, and not taking myself so seriously, because Lord knows there’s a bunch of other things I need to do the end of the day. So when I’m doing music, I’m really enjoying doing music.”

Her guiding light through the process was producer Kenneth Pattengale, best known as half of the Milk Carton Kids. “I affectionately call him the new T Bone Burnett, because he speaks in lyrics just like T Bone does, and he is a purist when it comes to how we record and what we do. And they’re good friends as well. There were so many moments in the studio with Kenneth that reminded me when we recorded ‘Safe and Sound’ with T Bone and Taylor when I was in The Civil Wars. There were moments where I was like: This is trippy.”

The pairing worked out so well in part because they’re each intimately familiar with, well,
pairings, and how twinned voices carry. “I’d had conversations with other people in town, and people on the west coast, where it was like going on a lot of first dates and seeing how the vibe feels. And it didn’t feel right till I sat down with Kenneth. I felt a kind of kinship with him in ‘Hey, you’ve been in a duo, you get this.’ And ‘Here’s what I love about acoustic music. You get this.’ And ‘I want to have fun while I’m doing this. Oh, you get this.’ And ‘Oh, and I also am kind of a stickler on harmonies. You really get this.’ Kenneth speaks harmonies fluently.”

She’s put her money where her highly prized mouth is, trying to put these principles into practice as she re-embraces a city and style while moving determinedly forward. “The front porch can mean a lot of different things,” Williams says, “but it’s about returning back to what matters most, and knowing that the love is always there. I mean, I need to hear that—that I don’t have to do it all right, and that I’m still welcome, and I can come home to myself and come home to others. I can come home to Nashville and finally own that it’s where my roots have gone deep, and acknowledge that this kind of sound of a record is feeling like roots for me and feels authentic to me. And it’s acknowledging that sometimes turning around and coming back a little bit doesn’t mean you’re going backwards. It means you might be going more deeply in.”