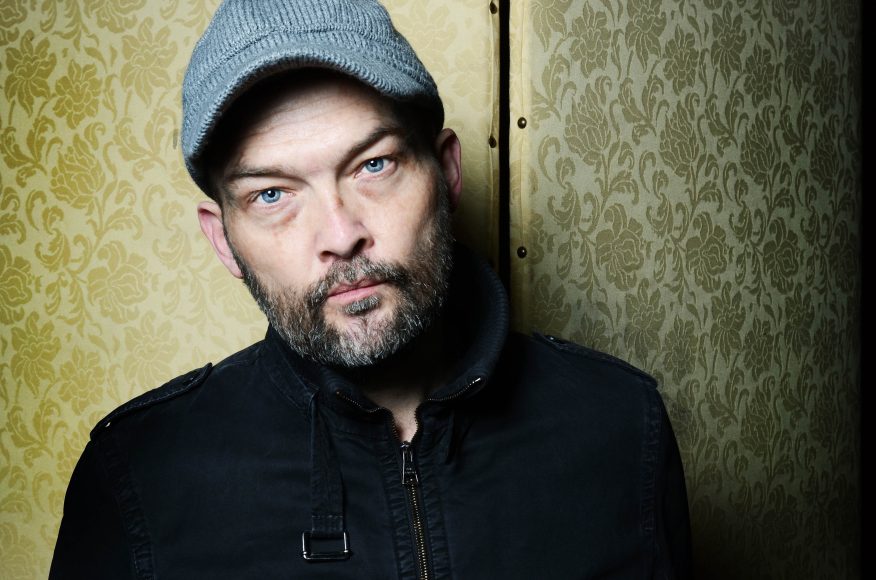 In 2014 – after sixteen years and nine albums as songwriter-performer-producer with Tracey Thorn in best-selling duo Everything But The Girl, a further ten at the helm of his award-winning electronic label Buzzin’ Fly, and a radio residency on BBC 6Music – Ben Watt returned to his roots as a solo singer and songwriter.

Hendra, his second album – arriving thirty-one years after his UK Independent Chart No. 1 debut – met with wide acclaim at home and abroad for its eloquent lyrics and stripped-back aesthetic; it featured high in end-of-year round-ups, and pipped Anna Calvi and Blood Orange to win Best ‘Difficult’ Second Album at the AIM Independent Music Awards 2014.

The follow-up, Fever Dream was released worldwide on April 8 2016.

‘At the album’s heart I just wanted to deepen existing relationships,’ Watt says. ‘Two years of playing live with Bernard has created a strong bond; the music we make feels spontaneous, ardent, unsentimental. We just went in and did most of it live. Small room, small band. A harder edge. Instruments spilling into each other.’ The pair are joined by drummer/percussionist and longtime ally Martin Ditcham (Talk Talk’s Spirit of Eden) and new double bassist Rex Horan (Laura Marling’s Once I Was an Eagle / Neil Cowley Trio), who in Watt’s words ‘brilliantly blurs the boundaries between folk, jazz and rock’.

‘I chose the guests to suit,’ he goes on. ‘Marissa’s sound is gothic and gauzy but tender and revealing. I pictured her with me on the key closing track [New Year of Grace] which to me answers the album’s opener [Gradually]. She was in London for twenty-four hours recently. I just doorstepped her on Twitter, and she said yes.’

Watt’s non-fiction writing and lyrics have been integral to his recent acclaim. His second memoir Romany and Tom – a portrait of his parents’ marriage – was longlisted for the prestigious Samuel Johnson Prize 2014. Novelist Jonathan Coe recently commented Watt is ‘beyond doubt one of the great British singer-songwriters’, while The Guardian’s Alexis Petridis called the writing on Hendra ‘pretty much perfect’.

Of the new songs, Watt says: ‘I got back from tour with a few notes for a new book, but life got in the way. Close friends were falling apart, my own relationships were being tested. I found I wanted to capture smaller snapshots about how love shifts over time, what endures, how we cope. And they became songs. Some came out darker and more troubled, others softer and more hopeful. And that then became the album structure. First half heavier, second half lighter. A sense of transformation, rather than just a collection of songs. I hadn’t done that before.’

It was in 1981 that Watt first appeared in London as a precocious nineteen year-old singer-songwriter-guitarist. His breakthrough 1982 EP Summer into Winter featured alt-folk icon Robert Wyatt and drew comparisons with Tim Buckley. His early solo work may be overshadowed by his subsequent successes with Tracey Thorn, but his 1983 debut solo album North Marine Drive reached No 1 on the UK Independent Charts.

‘The music I heard in my teens – jazz, folk, art-rock – still cuts the deepest with me,’ he says. ‘I recently spent over ten years exploring electronic music and clubland [he was nominated for Outstanding Contribution to Dance Music at DJ Magazine Awards 2009; and was a resident DJ on BBC 6Music’s 6Mix 2011-2014] but have come back to language and that band-in-a-room spontaneity. The raw human voice, unaffected words, pushing simple instruments to their limits – that is now what fascinates me again.’

Fever Dream is released on Unmade Road through Caroline International on April 8 2016.

(Find a more in-depth and factually accurate biography at http://www.benwatt.com/about)