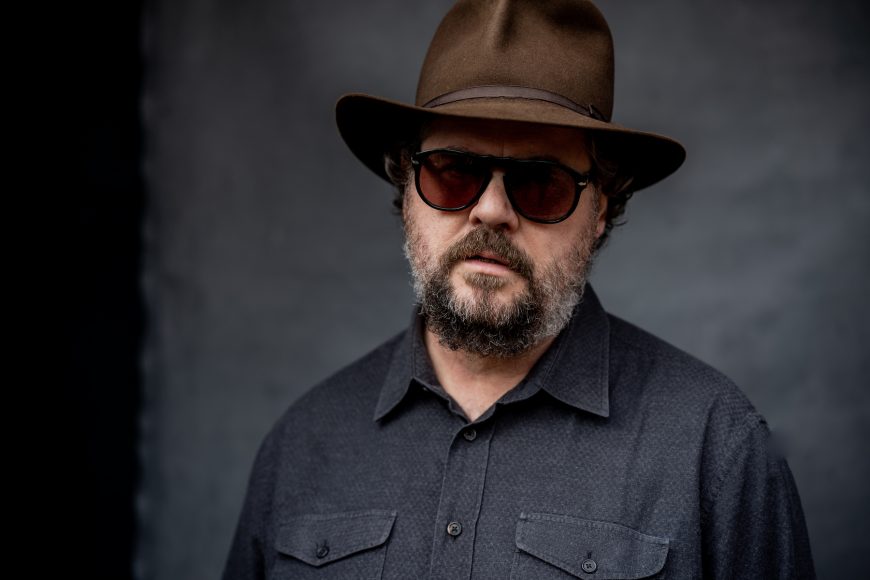 Patterson Hood is a prolific writer and performer whose character-driven stories are packed with political subtext. He is best known as front-man, singer, songwriter and guitar player for the critically acclaimed rock and roll band Drive-By Truckers, but is also a writer of essays, columns and short stories as well as a solo performer and producer.

In the past few years he has written an op-ed on the on-going controversies surrounding the confederate flag for The New York Times Magazine, a piece on Vic Chesnutt for The Oxford American’s annual music issue, and retrospectives on David Bowie for American Songwriter and Merle Haggard for NPR. Most recently in October of 2016, Patterson published his first short story featured in “The Highway Kind,” a car-themed crime fiction anthology.

Drive-By Truckers have released 13 studio albums and played over 2,500 shows in the past twenty five years. They also released a 35-song, career-spanning box set in 2015 that was recorded live at The Fillmore in San Francisco. Their last three studio albums, American Band (ATO Records, 2016) and the recently released The Unraveling (ATO Records, 2020) and The New OK (ATO Records, 2020) have seen the band move into a more direct political and topical sphere of writing garnering praise from critics and fans around the globe. The New Ok was an unplanned album that came out of the social unrest around the Covid 19 Pandemic and was released in the fall of last year.

In addition to the rave reviews from NPR, Rolling Stone, The Independent, UNCUT, MOJO, Pitchfork, Chicago Tribune and The Guardian, Hood and partner Mike Cooley appeared on CNN’s Reliable Sources where they were interviewed by John Avlon. The Unraveling entered the charts as the #1 Americana Album in the UK. In the US it was the #1 album on the Independent Chart, #1 Americana / Folk, #2 Rock, #2 Vinyl and #10 on Billboard’s Top Albums chart and #65 on the Billboard 200. The Unraveling Tour has been selling out venues all over the US, UK and Europe.

In addition to his work with Drive-By Truckers, Patterson has amassed three solo albums and co-produced or played on additional albums by Jerry Joseph, Bettye LaVette, Booker T. Jones and The Dexateens. As a speaker and lecturer, he has spoken and conducted classes at Princeton, The University of Indiana, The University of Georgia, and The University of Alabama. In 2015, he spoke at the Frank and Kula Lumpuris Distinguished Lecture Series at the William J. Clinton Presidential Center in Little Rock, Arkansas, and also delivered the commencement address to the graduating class of 2015 at the University of Northern Alabama.

Alabama is near to Hood’s heart, being born in Florence and raised in the Muscle Shoals area. He attended The University of Northern Alabama before he moved to Athens, Georgia where he lived for twenty-one years. Athens is the home base for Drive-By Truckers. Every year they play a sold out three-night stand at the legendary 40 Watt Club that is known as HeAthen’s Homecoming. Part of those proceeds go to the suicide prevention non-profit Nuci’s Space which Hood and his wife Rebecca have been very involved with for 20 years.

“Southern Rock Opera,” Drive-By Truckers’ best known work, is a concept album that examines growing up in the post-civil rights South and something called “The Duality of the Southern Thing.” Hood penned an article for The Bitter Southerner in 2013 titled “The New(er) South,” and in it he revisits many of those same themes found on the record by giving a glimpse into his first 28 years of life in Alabama. “I grew up as a living part of the legacy of Muscle Shoals music,” Hood says. His father, David Hood, co-founded Muscle Shoals Sound Studio and was a bassist in the Muscle Shoals Sound Rhythm Section, more casually known as The Swampers. He built his career by backing up African-American R&B stars as a white southerner in the thick of the 1960’s civil rights movement, playing on records by Aretha Franklin, Etta James, The Staple Singers, Percy Sledge, and Odetta to name a few. Willie Nelson, Rod Stewart, Bob Seger, Paul Simon, and Simon and Garfunkel also worked with him over the years. David’s monumental career is celebrated in the 2013 award-winning documentary, “Muscle Shoals.” Patterson claims that this environment his father created for him to grow up in was the breeding ground for a lot of his current viewpoints. He is still “fiercely proud” of his hometown, its music scene, and the beautiful music his father created there, but also “ashamed” of the political landscape he had to endure. “Such is the duality of the Southern Thing,” Patterson says.

Hood and his family relocated to beautiful Portland Oregon in the summer of 2015 where they have been renovating a 100 year old house. In addition to touring, recording and writing, Hood has also recently done a little acting with small roles in a couple of upcoming films (The Dark Divide with David Cross and an indie film called Rag and Bone).