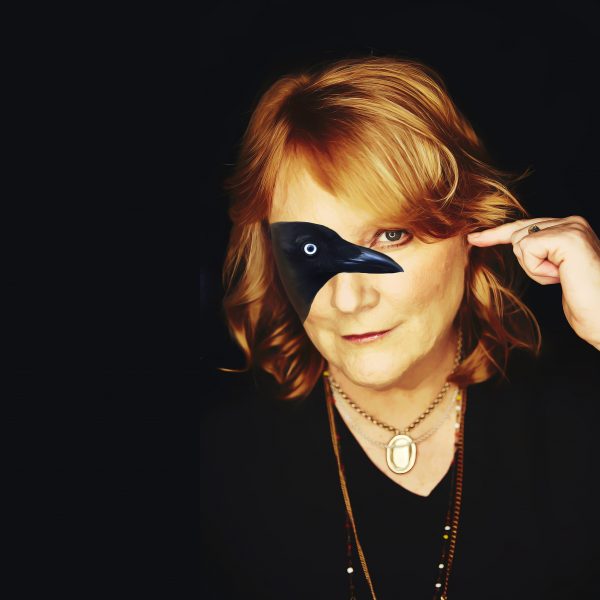 Thirty years into one of the most storied careers in popular music, Emily Saliers decided to record her debut album.

“What’s a 53 year old woman doing making her first solo record?” muses Saliers, best known as one half of the iconic duo Indigo Girls. “What compels someone like me to follow this strong attachment to rhythmic music?”

Murmuration Nation answers those questions both passionately and profoundly. In this “post-fact” era in which we find ourselves living today, Saliers’ fearless voice and insightful perspective feel more vital and relevant than ever before. The songs also reveal a new side of Saliers’ artistry, one that even her most ardent fans might not expect to hear.

“It was so freeing to pursue the kind of music I truly wanted to make without regard to what I’d done before or who I’m expected to be,” says Saliers. I hope that this record can take people who think they know me already on a journey that’ll really surprise them.”

“I was born in a predominantly African American neighborhood in New Haven,” she explains. “Most of my friends growing up were black, so I was steeped in a musical culture that included James Brown, Otis Redding, and all the great R&B artists of the time. That’s the music that really stirred my spirit and made my body want to move. I found myself loving music from West Africa and South America for the same reasons. I think of it all as ‘body music.'”

It was folk music, however, that first brought Saliers to national prominence. Indigo Girls released their breakout self-titled album in 1989, and in the ensuing decades, racked up a slew of Gold and Platinum records, took home a coveted GRAMMY Award, and earned the respect of high profile peers-turned-collaborators from Michael Stipe to Joan Baez. NPR’s Mountain Stage called the band “one of the finest folk duos of all time,” while Rolling Stone said they “personify what happens when two distinct sensibilities, voices,

and worldviews come together to create something transcendently its own,” and The New York Times raved that “gleeful profanities, righteous protest anthems and impeccable folk songwriting have carried this duo for thirty years.”

Known for their outspoken political activism in addition to their brilliant songwriting, Indigo Girls became a household name and a fixture of American pop culture, but Saliers has never been one to rest on her laurels. Throughout her rise to stardom, she toyed with the idea of recording a solo album that combined her love of folk storytelling with her passion for the grooves and beats of that “body music” she’d always been so innately drawn to. When she met Juilliard-trained violinist Lyris Hung, now a frequent Indigo Girls collaborator, Saliers found that her dream no longer seemed that far fetched.

“Lyris allowed me to imagine a very broad musical world and expand what I was capable of doing on my own,” reflects Saliers. “I would write these snippets and send them to her, and she’d work on them in her home studio and send them back. I got so excited when I heard her productions. I realized she could help me make the hybrid record I always wanted, something with that R&B, rhythmic core along with organic instruments and my lyrics. I asked her, ‘Would you please produce the solo album I’ve been talking about for decades?'”

The result is a record that defies easy categorization, with Saliers effortlessly mixing disparate musical traditions underneath poetic lyrics that take their cues from the natural world around us. Album opener “Spider,” for instance, brings together hints of heavy metal and Native American a capella music as Saliers weaves an arachno-centric metaphor for geopolitical trickery, while Spanish guitar gives way to orchestral strings and an electronic beat on the slithering “Serpent Love,” and the elegant “Fly” draws on avian inspiration for its message of community and cooperation.

“‘Fly’ is kind of at the crux of the album,” Saliers explains. “A murmuration of birds is practically inexplicable to scientists, but it’s a very powerful thing to watch, and I see it happening in our country in an amazing way right now. From Black Lives Matter to the Women’s March to Standing Rock, there are all these grassroots movements starting to coalesce, and I take great comfort in the way people are instinctually moving together to fight injustice and hate.”

In much the same way, Saliers’ songwriting and Hung’s production reach across divides to a broad and diverse audience. Though the musical setting may be different, Indigo Girls fans who have grown up with Saliers will recognize her trademark passion and perception, while younger listeners unfamiliar with her illustrious back catalog will discover in this record a voice of great clarity and understanding that speaks to these unique and troubling times. By drawing on her love of so many cultures and her insatiable appetite for great songwriting, regardless of genre or era, Saliers has crafted an album that is at once classic and modern, timeless and daring.

On songs like “Train Inside” and “Long Haul,” she leans on her vintage country and folk roots, while “Poethearted” and “Slow Down Day Friend” showcase her love of the ukulele (which replaces the acoustic guitar she’s so traditionally identified with here), and “Match” and “Sad One” offer beautiful, bittersweet perspectives on the highs and lows of love. Though Saliers’ songwriting always comes from a deeply personal place, she isn’t afraid to look beyond herself and examine the big picture with her music, tackling America’s obsession with guns on “OK Corral,” the violent results of religious zealotry “I’m High I’m On High,” and our complicated relationship with southeast Asia on “Hello Vietnam.”

“There are a lot of heavy, serious topics on this album,” says Saliers, “but there’s also a lot of whimsical groove and pop to it. That mix is important to me because it’s like the ebb-and-flow, peak-and-valley journey of life. I think this record is very reflective of my personality. I need fast and I need slow; I need grooves and I need a little bit of edge.”

In the end, it all comes down to balance: artistically, emotionally, spiritually. The album showcases a side of Saliers that few knew she carried within her, but one that burns as bright today as it did when she was just a youngster discovering the wide world of music around her. Thirty years is a long wait for a debut, but with Murmuration Nation, it feels like Emily Saliers is right on time.