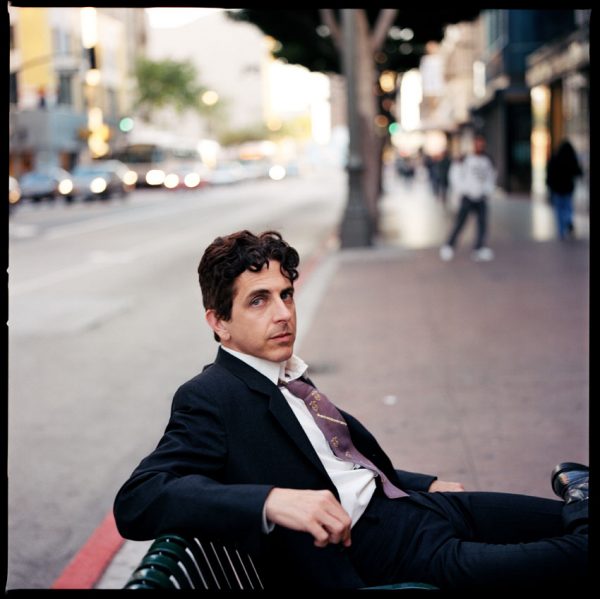 Michael Penn is a thinking persons pop musician who has seemingly digested all that’s good about the music of the past twenty-five years and processed it through his own very interesting perceptive filters. His technical mastery is supported by real soul and enlivened by real daring. (Stereo Review)

Like Dylan, Penn has the ability to zigzag between the poetic and the conversational in his lyrics without missing a turn. The language that ebbs and flows through …works its dramatic effects with half-confessions, intriguing imagery, snippets of dialog, and a strong narrative voice tempered by a Lennon-esque gift for flat-out stunning melodies.
(Musician Magazine)

In 1990 “No Myth” the first single from his debut album became a top 20 hit. Michael also received the “Best New Artist” award from MTV. But that same year, Michael also got a crash course in the realities of an increasingly corporate industry. Bob Buziak, president of RCA Records and the man who signed and championed Michael left the label over the very issue of corporate influence. Support was immediately pulled for March. There would be no more singles, no more videos, no more tour support. RCA was contractually obligated to release Penn’s second album in 1992. Rolling Stone called Free-For-All a “stunning second effort” but the new regime at RCA was not supportive and the album disappeared.

“I was not wanted there. I asked to be let out of my contract but was informed that I would not be allowed to go elsewhere. I started to work on a third record for them but the powers that be were not interested. So I was trapped for the next 3 years. My situation was hardly unique. It became clear to me that the major label system was no place for someone like me. I wanted out. I set to work on writing a new album that I would release independently. But then came Brendan.”

Producer Brendan O’Brien (Rage Against The Machine, Stone Temple Pilots, Pearl Jam) heard that Michael had at last gotten out of his RCA contract.

“Brendan was starting a a small label with Sony. I wasn’t interested in going back into the corporate major label black hole but Brendan was so energized and idealistic. He is a wonderful, principled guy who really cares about music. I felt like it was worth the risk.”
————————————————————————

His talents run deep–the album’s best songs are the kind Paul McCartney might have written if he’d left the Beatles in 1968.
(Entertainment Weekly)

Not to mince words, but if Guided by Voices ever made an album this good, we wouldn’t be arguing about whether they deserved their critical rep….Penn, whose McCartney-esque vocals are infinitely affecting, remains the premier postmodern melodist currently working. …. The end result is, quite frankly, a little masterpiece of retro-pop rock classicism, and an essential purchase if we ever heard one.
(The Backbeat)

from “All That That Implies”

…and if you tuned in to see blood
it ‘s not a subject that I surpass in
my mission ‘s been scrubbed,
my brains were washed
because I never was
your assassin
it ‘s like a desert
sand will have to do
and between my fingers
saw it running through
until it turned into this
and out of my hands

from “Out Of My Hands

Unfortunately, Brendan O’Brien’s label lasted only a handful of months. Sony terminated his deal. But thankfully not before Brendan was able to secure funding for one last Michael Penn record on a major label.

The peerless pop-rock on Penn’s fourth album, MP4 (Days Since a Lost Time Accident), is a fastidious conjoining of swirling melodies, impeccable rhyme schemes, and urgent emotionalism. Like Aimee Mann, his wife and backup singer here, Penn is interested in how romantic relationships falter or deepen, and he shares her ability to describe these venerable themes with elegantly sustained metaphors on such songs as ”Lucky One,” ”Whole Truth,” and ”Footdown.” Unlike Mann, Penn is often a hardheaded realist, ready to walk away from a love gone bad. Which gives his bubbly music import and density: wisdom. (Entertainment Weekly)

MP4 is Penn’s best collection of lush melodicism, pithy wordplay and Beatles/Spector-influenced soundscapes since his 1989 debut, “March.” In a batch of songs that wryly chronicles several affairs of the heart, the singer dissects unions that are crashing on the rocks (“Out of Its Misery”), basks in the warm glow of a seemingly ideal match (“Perfect Candidate”), succumbs to desperation (“Don’t Let Me Go,” which contains the most concise couplet about a failed romance: “Oh, fuck/Got stuck”), and masters the fine art of bouncing between the emotional highs and lows (“Trampoline”). The 10 precise jewels are built on Penn’s color-outside-the-lines guitar- and bass-work, right-hand man Patrick Warren’s exotic keyboard flavors, and Victor Indrizzo’s solid drumming; Penn’s wife Aimee Mann adds backing vocals, along with his brother Christopher and alt-rocker Grant Lee Phillips. So, MP4 is pop-rock manna. (VH1)

Penn has a good sense of drama and has compiled a true album – not just a collection of songs, but a careful interweaving of slices of life with thematic unity. His lyrics are so inextricably bound to his melodies that it is impossible to imagine that they ever existed separately. The melodies are at once familiar and enticingly novel, synthesizing rhythmic elements from world music, rock, pop, funk, alternative, and R&B, with an understated sense of pop’s harmonic history. Penn is not embarrassed about his intellect, and he uses his fine verbal skills to create evocative, vivid images while not for a moment allowing cerebralism to eclipse the emotional side of the narrator’s life. “MP4” is a free-for-all of uncompromising musical creativity. (Billboard)

What a scene
what a drama just to find the door
that was mean
that was totally uncalled for
have you reached the point where you must choose
between what you lost and
what you stand to lose
isn ‘t it high time?

from “Out Of Its Misery”

In addition to his film work, Michael is writing new songs and is back in the studio recording a new album. The album will be the first to appear on Michael ‘s own label: Mimeograph