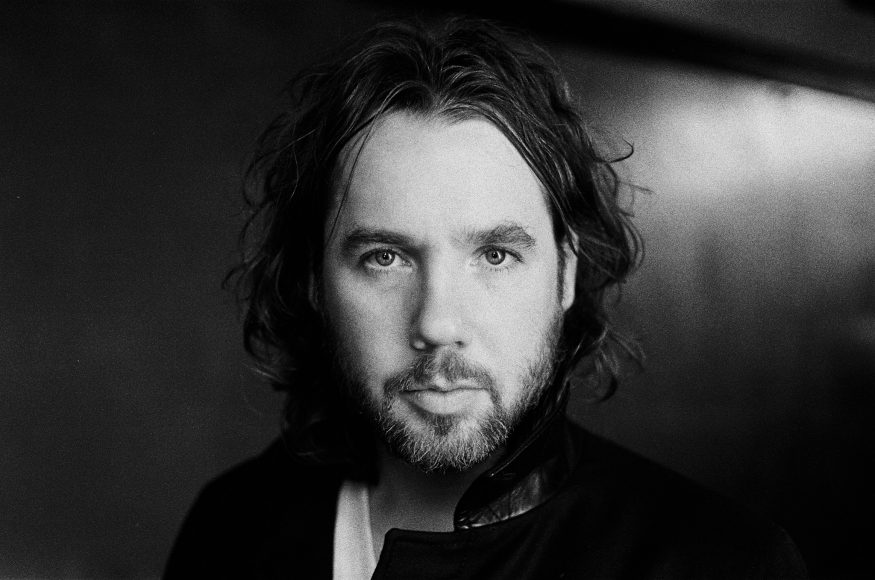 Broken Social Scene’s co- founder, songwriter, and front man Kevin Drew will be
releasing his newest solo album, Darlings, on March 18th, 2014, on Arts & Crafts.
Darlings shows Drew growing from his role in indie vanguard Broken Social Scene to
create a breakthrough statement of personal artistry. Darlings is also his first solo
album that is truly, to put it bluntly, solo. If Drew’s 2007 effort Spirit If… was his
inaugural step beyond the decade-long shadow of his former band, Darlings spotlights
Drew with seven years more experience and maturity. Darlings reveals a more focused
and refined sound; more honest, revelatory songwriting, with Drew’s craft concentrated
on lyrical and emotional connections, less so than guitar pedals and studio jams.

This isn’t to say these aren’t classic Kevin Drew songs. His unorthodox lyrical
explorations of family, hope and disappointment, skin and spit, intercourse, cultural
infection and the death of communication, figure clearer than ever into the hallmark of
his infectious melodic phrasing. Darlings is a fist-pumping fight for the euphoria of the
after-party and the crush of pre-dawn passions. It’s a best friend’s zealous pep talk to not
give up, and bring youth back into the fresh focus of life. On Darlings, Kevin Drew casts
reflective inspiration forward into the brightness of the future with a soundtrack to kick
everything into high gear.

Kevin Drew on Darlings:
I made this record surrounded by mountains and lakes with the greatest people. Charlie
and Ohad have been with me since I began making records. I call their style “river and
canoe.” They have been playing together since high school and move around each other
with an original melodic grace and ease. There is no one out there like them. Working
with Dean Stone was something I’ve wanted to do ever since watching his old funk
band on speed during my late teens.

I met Graham Lessard in Banff and he is a wonderful engineer who inspired great
sessions from us. We spent a couple of weeks at the Banff Centre. We hung out and did
additional recording and mixing at the Bathouse Studio, then put the recording on hold
so I could finish up the album I was making with Andy Kim. Andy became a big
inspiration for me. He reminded me about the magic of making records. Without
working with Andy Kim I am not sure Darlings would have happened.

One of the real golden moments was introducing Dave Hamelin to the project. Turning
him into a mixer/producer was amazing to witness. He brought such incredible energy
into it and really helped me find my songs.

This record is a celebration of memories. It’s about the rise and fall of love and sex, in
my own life and in today’s society. This topic has been with me for years. I approached
it focused purely on the songwriting, leaving all the tricks and explosions behind. I hope
you like it… and if you don’t, give to someone who will.