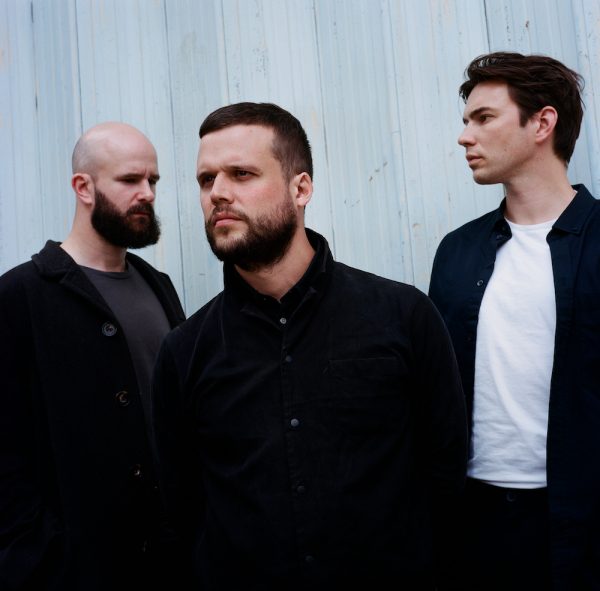 White Lies aren’t the sort of band who have spent much time looking back. Across their career, the trio who formed in West London in 2007 have settled into a rhythm of write, record, tour, repeat, always an eye on the next thing. But, for a brief spell at the tail-end of 2019, vocalist and guitarist Harry McVeigh, bassist Charles Cave and drummer Jack Lawrence-Brown allowed themselves a celebratory peek at their shared past.

The occasion was a 10th anniversary tour of the group’s monumental debut album To Lose My Life… and it brought home everything they’d done as a group over the previous 12 years. The setlist for those shows was split into two, the first half their debut played in full and the second a set of greatest hits pulled from their other four records, 2011’s Ritual, 2013’s BIG TV, 2016’s Friends and 2019’s FIVE. Cave found it an exhilarating reminder of all they’d achieved. “I could happily have toured it for another three months,” he says. “What was wonderful was that even though there was a lot of euphoria around playing To Lose My Life… from start to finish and it was a nostalgic, heart-warming moment for our fans, if anything the second set went down better. We’re not a band that’s had hit singles, but we have honed our songwriting to the point where, now, a one-hour festival set for us is pretty damn strong.”

In case you haven’t been keeping tabs on them, White Lies are one of the biggest cult guitar bands in operation. They have an army of diehard fans dotted around the globe – stick a pin in a map and it’s very likely White Lies can play to a crowd of thousands there. With its bombastic holler-along choruses, 2009’s To Lose My Life… made White Lies huge. It went to Number One in the UK and marked the trio out as one of the biggest breakthrough bands of the decade. But history is filled with groups who spend the rest of their career chasing a successful debut’s tail and McVeigh, Cave and Lawrence-Brown had other ideas.

Over the records since, they have honed and recalibrated their sound, continually expanding the sonic palette from which they work. They have introduced synthy flavours, electronic soundscapes, new wave grooves, 80s pop, proggy experimentation and more whilst never not sounding like White Lies. Between McVeigh’s undeniable vocals, their keen sense of melody and their thrilling rhythmic interplay, White Lies have afforded themselves the opportunity to leave base every now and then.

They have done all of this whilst remaining one of rock’s reassuringly tight units, saving the high drama for the stage and operating with a sleek minimum of fuss away from it. That is, until they made their forthcoming sixth album As I Try Not To Fall Apart. “The practicalities and the politics and the emotions of making it were tougher than anything we’d done before,” says Cave.

The strain came from the fact that, for the first time in the band’s career, McVeigh and Cave were forced to write separately, lockdown denying them the opportunity to get in a room together. Once they overcame that though, White Lies emerged with a record that ushers them into a glorious new era.

Recorded over two sessions at London’s Sleeper Studios and Assault & Battery with producer Claudius Mittendorfer (Panic! At The Disco, Weezer, Parquet Courts) and long-term band collaborator Ed Buller (Suede, Pulp, Courteeners), As I Try Not To Fall Apart is their most expansive record, taking in explosive rock, electro-pop bangers, prog-inspired invention, funk-tinged grooves and some of their most indelible hooks yet.

Working with Mittendorfer, formative versions of swaggering opener Am I Really Going To Die and the airy rock of the title track were captured, whilst another round of songwriting at Buller’s house ahead of a second recording session really got them firing. “It got us back on the same page,” says McVeigh, “it was exciting being able to write together again.”

“Working with Ed was great,” says McVeigh. “He’s done so much with us before. A good producer needs to be part-musical genius and part-psychologist/therapist, and Ed’s always been that guy for us. Once we got some good songs under our belt with him, I knew it’d be alright.”

Soon a coherent album was emerging out of the mist, a record that streamlined everything great about White Lies from across their career: razor-sharp hooks, dark lyrical wit, defiant singalongs, airy soundscapes and dynamic instrumentation. Perhaps the agitated atmosphere can be heard on the album’s more feisty moments, such as the snarling outro of Roll December or the pummelling conclusion of closer There Is No Cure For It.

Elsewhere, they meld their love of pop and prog. Opener Am I Really Going To Die features a ruminative lyric on mortality inspired by the 2000 film Ivans Xtc and is one of the funkiest things they’ve ever done, Chic guitars and a lithe bassline building under McVeigh’s quickfire vocals. “Me and Charles are big prog fans,” says McVeigh. The title track, meanwhile, is a euphoric pop gem. “That’s a really important song for us,” says Lawrence-Brown. “I think it will define what the next chapter is. It’s the poppiest thing we’ve ever done.” The rattling stomp of I Don’t Want To Go To Mars was inspired by Elon Musk and the billionaire space race and Blue Drift combines acid-house grooves with widescreen 80s production. There’s a sonic gear change with The End, which sounds like an atmospheric Cure song being sent into space, and There Is No Cure For It – lyrically, a sequel to the opener – ends the record on a soaring, scintillating high.

It’s well over a decade since the band’s breakthrough single Death introduced a group for whom the fragility of human existence has been a constant touchstone. Now in his 30s, chief lyricist Cave’s outlook on the great unknown has evolved. “I think the side of death or mortality that I always find interesting is the fact we all know it’s going to happen,” he says, “and how different people navigate that.”

“We’ll probably never make an album in the way we made this one again,” says Cave. “I think this could be one of our best albums,” says McVeigh. White Lies tested their resolve to get there, but they didn’t fall apart. They have emerged with their most vital collection of songs in years.