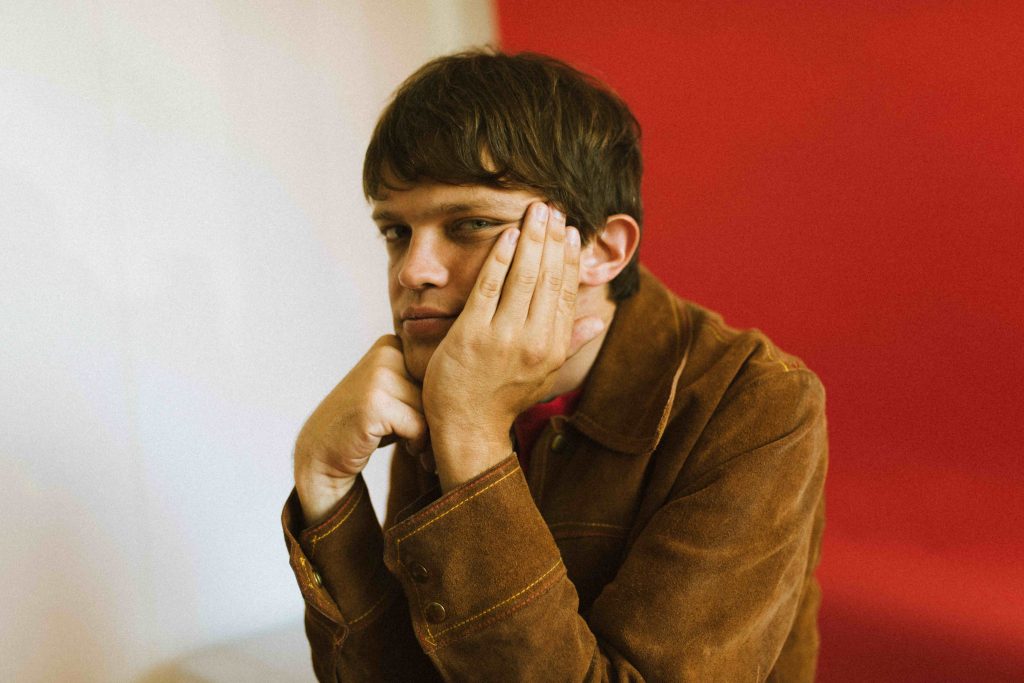 A unique voice amid a new generation of roots-music revivalists, William Tyler shines bright in a musical biome that’s often fixated on the past. Initially emerging as a member of stalwart indie-rock bands Lambchop and the Silver Jews, Tyler has developed into a full-fledged solo artist with a string of critically lauded instrumental-guitar albums that simultaneously honor the genre’s rich history while propelling it forward. As a regular performer at L.A.’s taste-making nightclub Zebulon and the opening act for such diverse artists as Ty Segall, Wilco, Jack White, and indie-pop darlings Real Estate, Tyler has been connecting with audiences eager to hear his progressive take on fingerstyle guitar.

Tyler’s evocative playing has been described as a style of musical portraiture. True to form, his latest release, Goes West, paints a picture of the Western United States through a series of vignettes that are narrated by his fingerpicked acoustic guitar. Unlike the more eclectic and electric guitar-oriented fare of his 2016 release, Modern Country, Goes West is steeped in the tradition of the American Primitive Guitar movement, recalling John Fahey and Leo Kottke’s work. However, Tyler distills the essence of that sound into focused, airtight songs built on pop music’s fundamentals. His remarkably dynamic touch and knack for lyrical phrasing give the songs on Goes West some truly infectious melodic earworms—a rarity in a style of music so often mired in histrionics. While there are occasional bouts of technical flash, Goes West’s songs rarely wander too far from their initial point or linger on any one idea for too long. By fusing American Primitive with pop ideals, Tyler—who is a devoted student of both music history and the guitar—has reimagined a classic sound in a way the social media generation can digest. For those willing to listen closely, there is serious musical depth lurking in Goes West’s apparent simplicity, but it doesn’t insist upon itself.

Armed solely with a rebuilt 1955 Martin D-18 gifted to him by a beloved late uncle, Tyler wasn’t particularly fussy about the gear on Goes West. Premier Guitar spoke with the guitarist and songwriter as he rested in Nashville before embarking on a tour to promote his new album. Tyler describes the influences that shaped Goes West, his philosophy as an instrumentalist, and why he believes instrumental records need to have a larger message to mean something.

Goes West is a unique take on American Primitive guitar. What sent you down that path this time, as opposed to leaning in on your electric side, as you did on Modern Country?
It was definitely a deliberate choice to lean in on that side of my playing. I think the counterintuitive thing to do after a record like Modern Country was to do an album like this one. A lot of people expected me to make an instrumental rock record that picks up where Modern Country left off. While that’s something I’d still like to do, my writing after Modern Country came out was just more informed by acoustic-centric stuff. I was listening to a lot of classical music and a lot of ambient music, and I was also revisiting the American Primitive stuff and the Windham Hill Records and ECM Records catalogs at the same time.“I’ve played a lot of shows for audiences that definitely have no point of reference for solo guitar music—opening for artists from way outside of what I do—and the stuff that goes over best has to have some flash.”

And I honestly wanted to make a guitar record for guitar nerds. What’s weird is that Goes West has been received by a much broader audience than I expected. Maybe it’s just that people are more aware of what I’m doing now, but it’s getting played on adult alternative radio stations here and there, so it feels like there’s a little more of a mainstream awareness of what I’m doing. I think part of that is that these songs, while indebted to the American Primitive sound, are pretty much all three- or four-minute pop-structured tunes.

You mentioned ECM Records, and one of that label’s original stars, Bill Frisell, made an appearance on Goes West. What was that like for you?
Bill is an all-time hero for me, and I think the aesthetic of that song [“Our Lady of the Desert”] works really well with his style, which is something I aspire to, although our idioms are very different. Frisell’s Nashville record was a really, really big one for me when I discovered it. It showed me that you could make an instrumental guitar record and have it be this thing that’s not just for the heads. Frisell’s one of those guys that’s universally respected for such good reason, and unique in that he’s so well-known from his work with mainstream artists, but also has a background in really deep avant-garde jazz. Frisell’s particular skill set is so rare, and there’s no other figure in modern American music that has that same range. It’s really special to have him on the album.

Did you write the songs on Goes West with specific narratives or themes in mind?
Yeah. There’s not a strict concept for my album necessarily, though it’s obviously Western-themed with its title and what the songs are trying to evoke. I’m very much influenced by history and geography and if I hadn’t gone into music, I think I would have been a teacher. There’s something very concrete about taking inspiration for music from non-musical places.

“I honestly wanted to make a guitar record for guitar nerds,” says Tyler of his latest album. “What’s weird is that Goes Westhas been received by a much broader audience than I expected.”

The theme concept makes Goes Westunique relative to other acoustic instrumental-guitar albums that parrot the American Primitive sound.
I’m definitely more interested in creating a specific mood or story with my records. I don’t want to be precious about it, but I do think there should always be a larger conversation at play that makes it not just another guitar record. It has to have a bigger point.

Walk us through your writing process and how you go about giving your music that bigger point.
I’m pretty aimless about it. I have a wandering mind and that’s how I play, and I just try to carve out time to sit down with the guitar. Sometimes I come to it with some inspiration and sometimes I’m trying to learn a piece of music by another artist and something comes out of that process that’s original. I still look at things as being sort of hook-oriented, like in a pop music kind of way, and if a riff feels like something a song could be built around, I’ll try to follow its path until the piece feels finished in some way.

The songs being more compact on this record is a reflection of the way my process has changed lately—where I really don’t feel the need to chase those wandering, repetitive, themes like the American Primitive composition model. It’s been a conscious intent of mine to shrink the format while still telling the same stories. There’s a lot of melodic movement and different ideas in these songs, but they’re all on the shorter side. They’re sort of vignettes. I think a lot of my songs in general are really like pop songs without words, and I try to give them explicit melodic hooks that the ear can latch onto.

You’re a big fan of the late Michael Hedges. He’s an example of someone who made acoustic guitar albums with really strong songwriting fundamentals, but many people tend to focus on the flashy, percussive side of his playing.
I agree, and he was a really big influence. Hedges’ style of playing was so demonstrative and acrobatic, and I see someone like Tommy Emmanuel really carrying that torch. Hedges was just so percussive and had such a wow factor to his playing, and I think this new generation hasn’t really mined that style very much. The only person I can think of who is indebted to that, and has pushed it further in a way, is Kaki King. She has always been a role model for me—both as a player and a figure.

I’ve played a lot of shows for audiences that definitely have no point of reference for solo guitar music—opening for artists from way outside of what I do—and the stuff that goes over best has to have some flash. There are weird little moments within songs of mine that I know when I play live if I’m going to get a response at all, it’s that moment when it’ll happen. Things like the tapping on “Gone Clear” from Modern Country or the lick from “Fail Safe” on the new one. I think being aware of that thing and embracing it makes what I do more mainstream than a lot of my contemporaries who are more indebted to an older folk idiom or the blues world.