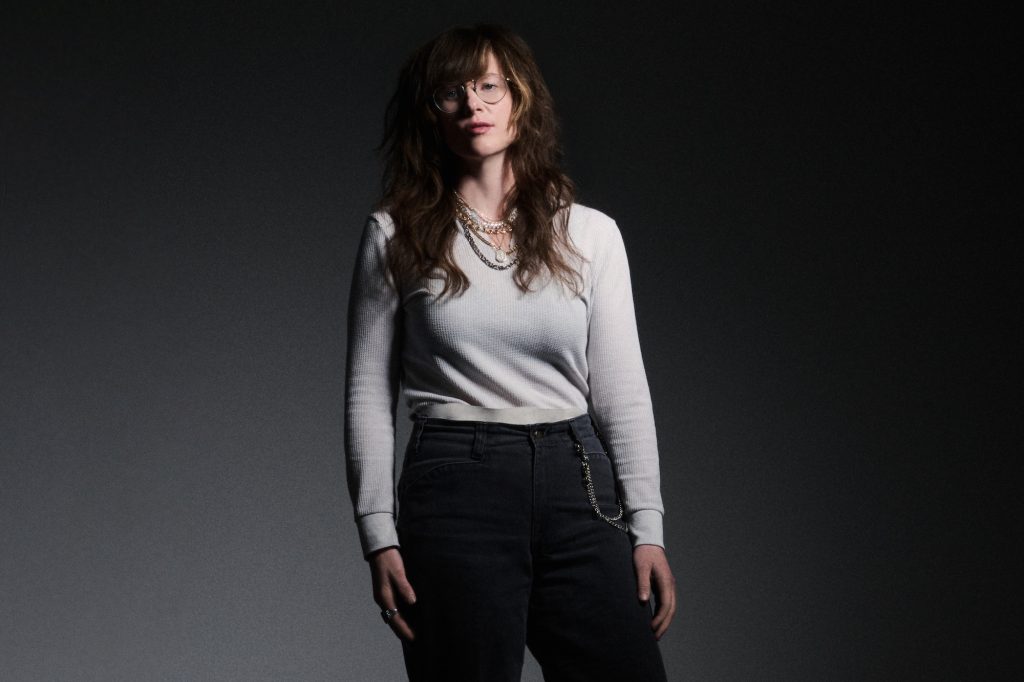 The Kentucky musician’s second album, “Teeth Marks,” is steeped in Southern songwriting, but not tethered to anything beyond its creator’s own truths.

MURRAY, Ky. — S.G. Goodman was looking for the perfect sentence. Sitting in her midcentury-modern living room in this small college town and steadfastly ignoring the whines of her balding terrier, Howard, the singer-songwriter flipped through a copy of “My People’s Waltz,” the Pulitzer-nominated 1999 short-story collection by her mentor and friend Dale Ray Phillips.

“All of his sentences are so beautiful and economical,” she said, failing to locate the one she had in mind. “He taught me that a really good way to understand what feelings you’re trying to capture is by reading something like a short story or a novel and really paying attention to the moments or images that make your stomach turn a little.”

Goodman has put those lessons to good use, especially on her second album, “Teeth Marks,” out Friday. She approaches her songs as though they were stories, emphasizing character and scene. Over a clutch of tender, twangy guitar notes on the LP’s title track, she sings, “When you left the bed, after you bit my arm. A little souvenir, where your teeth left marks.” Her voice is an intimate whisper, her phrasing defined by her West Kentucky accent, and the image itself is both playful and painful. Love — especially unrequited love — leaves a physical impact, an idea she explores throughout the album.https://www.youtube.com/embed/IQGxjdHaGW0

With her sharp eye for character and scene and her arresting voice — which sounds like it could be emanating from a century-old 78 — Goodman, 33, is the latest in a wave of Kentucky artists who divine inspiration from their home state. Like Kelsey Waldon from Monkey’s Eyebrow, Joan Shelley from Louisville and Tyler Childers from Lawrence County, she embraces the freedom of making music far from Nashville and New York. Her songs don’t stray too far from home, although they do speak to issues and ideas much larger than her hometown.

“It’s important to represent the South and rural places with a beauty and complexity,” Goodman said, adjusting her glasses and running her hand through the thick brown hair that has become her signature. “I don’t think that can be done by someone who just decided that they like the style of music that typically portrays those places. You write out of a region. You don’t write into it.”

Western Kentucky has left its marks on Goodman and her songs. She was raised in Hickman, right on the Mississippi River, and she’s quick to point that “Mark Twain actually called it ‘a pretty town, perched on a handsome hill.’” It’s “mostly dilapidated now,” she noted, “but it’s still charming and beautiful.” Her family were sharecroppers, responsible for thousands of acres of wheat, corn and soybeans. Each summer, Goodman’s father would plant sweet corn for each of his children, and they would be responsible for harvesting and selling the crop. After tithing at the local Baptist church, profits would go toward buying school clothes.

Goodman left Hickman in 2007 to attend Murray State University, in this small town in the western corner of the state. After studying philosophy and creative writing, she has become a local historian with a deep knowledge of the region and its eccentric characters. She’ll drive you down Route 641 to Puryear, Tenn., a well-worn route to buy beer in the nearest wet county. And on the way she’ll point out where the Big Apple Café once stood, welcoming Black and white clientele even when other area establishments were still segregated.

“When the town wasn’t ready to progress, these were places where change could happen,” she explained. “They hosted different types of people and outlooks, and they’ve been a life force for people in rural communities.”

She’ll also take you by Terrapin Station, a strip mall record store that serves as the hub of the lively scene in Murray, stocking merch from local bands and occasionally hosting shows. This is where Goodman got her start as a musician, buying records and playing bills with local punk bands.

“I remember her coming into the store years ago with a goody bag of homemade CDs,” said Tim Peyton, one of Terrapin’s owners, who plays in the local post-punk band Quailbones. “She didn’t want to sell them. She wanted us to give them away to people. Just sneak it in somebody’s bag. That’s how she introduced herself. Now she’s making a name for herself, but it’s amazing that she’s doing it while staying here in Murray.”

To record “Teeth Marks,” however, Goodman had to leave town. She and her backing band of Murray musicians drove the eight hours down to Athens, Ga., to record with the co-producer Drew Vandenberg at Chase Park Transduction Studios. “One of the things that she and I really connected on was just being into so many different kinds of music,” Vandenberg said. “She didn’t want to just make a country record.”

The 11-track album encompasses country music, spartan post-punk and high-lonesome Appalachian balladry, everything tied together by Goodman’s indelible vocals. For the stark “You Were Someone I Loved,” which features Goodman singing with no accompaniment, Vandenberg let her have the run of the studio. “It was like one of those experiments where the act of observing something changes what it’s going to do,” he explained. “So I left the tape rolling and left her alone, just so she didn’t have to worry about this person staring at her through the glass.”

Especially on “Teeth Marks,” Goodman selects her details precisely, the better to make you squirm when she says a prayer for a dead squirrel, or counts the 32 voice mail messages she received one day, asking if she’s OK. Or when she discloses the object of her unrequited love on the spare “Patron Saint of the Dollar Store”: “Know I found heaven lying in a woman’s arms.” It’s the most explicit description of the subject of her love songs, and it further complicates the stories she’s telling: She knows that small towns and rural communities, even her beloved Murray, are often perceived as being hostile to those who identify as queer.

“When I signed my record contract, I knew that I wasn’t going to keep my sexuality a secret,” she said, pausing to choose her words carefully. “Me being queer had been known to most everyone in my life.” When journalists covering her 2020 album, “Old Time Feeling,” described her as a queer singer-songwriter, it outed her to even more people, yanking her own story out of her control. “It was a disappointment,” she said, “because I felt like people might be happy for me releasing an album, but I realized that there will always be people who won’t get behind me, no matter what I’m doing. Because I’m going to be doing it while I’m gay.”

As dedicated as she is to creating art in Murray and mapping the region in her music, Goodman is spending less time in her hometown and more on the road. As she pulled Howard into her lap, she said, “I have a stronger idea of where I’m from and my situation here, no matter where I’m at in the world. I’m really not sure if I’ll ever be able to remove myself from this place.”