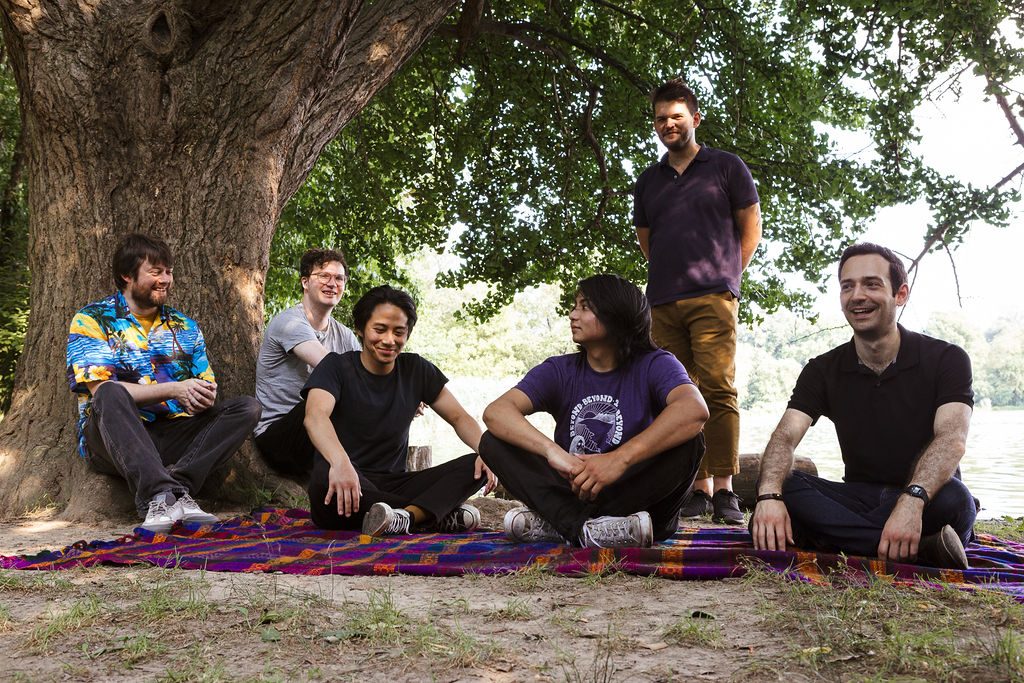 Lagniappe (la ·gniappe) noun ‘lan-ˌyap,’ — 1. An extra or unexpected gift or benefit. 2. Something given or obtained as a gratuity or bonus.

Garcia Peoples have been on the move. Since we last rendezvoused with the band they have expanded to a sextet performing live feats that are leaving audiences in puddles of their own diethylamide daydreams. If that wasn’t enough they still found time to cut a new album, Dodging Dues, with Mr. Auxiliary himself – Matt Sweeney – resulting in a tighter and more concise record that still goes hard on the choogle. For their second Lagniappe Session the group tackles a trio of artists whose influences orbit this new album and beyond.

Garcia Peoples :: Get It Out (Jerry Jeff Walker)

Matt Sweeney introduced me to Jerry Jeff Walker’s music not long after we finished Dodging Dues, and it turned out to be a bit of a lifeline for me during the first winter of covid. I was depressed as hell, like many others, and having a hard time connecting with the sorts of things that usually make me feel alive, especially music. Something about Walker’s warmth and charisma as a singer, and the delirious energy of his band on this song in particular, refused to be intellectualized away, cutting through whatever thought loops I was trapped in and making me happy in a way that was basically involuntary. I like to think Sweeney was trying to bring something similar out of our music on this record, some primal power of rock’n’roll that is profound but also maybe a little silly. Hopefully we can raise somebody’s spirits the way Jerry Jeff raised mine. – Andy Cush

Garcia Peoples :: When Ye Go Away (The Waterboys)

“When Ye Go Away” is from the Waterboys’ Fisherman’s Blues album. This record was a stylistic shift for the band which saw them embracing folk and traditional music influences. I saw them a couple of times in New York a long time ago and this song in particular really stuck with me over the years. – PG Six

“Tonight’s the Night” is one of the most tremendous songs in the Neil Young canon. Since this song is so revered, I thought it would be pretty badass to put our own spin on it. The raw feel of the original lends itself to our free approach to improvisation, and it was really fun to take liberties as we worked it out. I find this song to be extremely poignant and resonant. Though it’s famously about Young purging the grief of his friend’s death, I hear a reveling in one’s own mortality that is extremely cathartic to listen to and experience as a performer. – Derek Spaldo