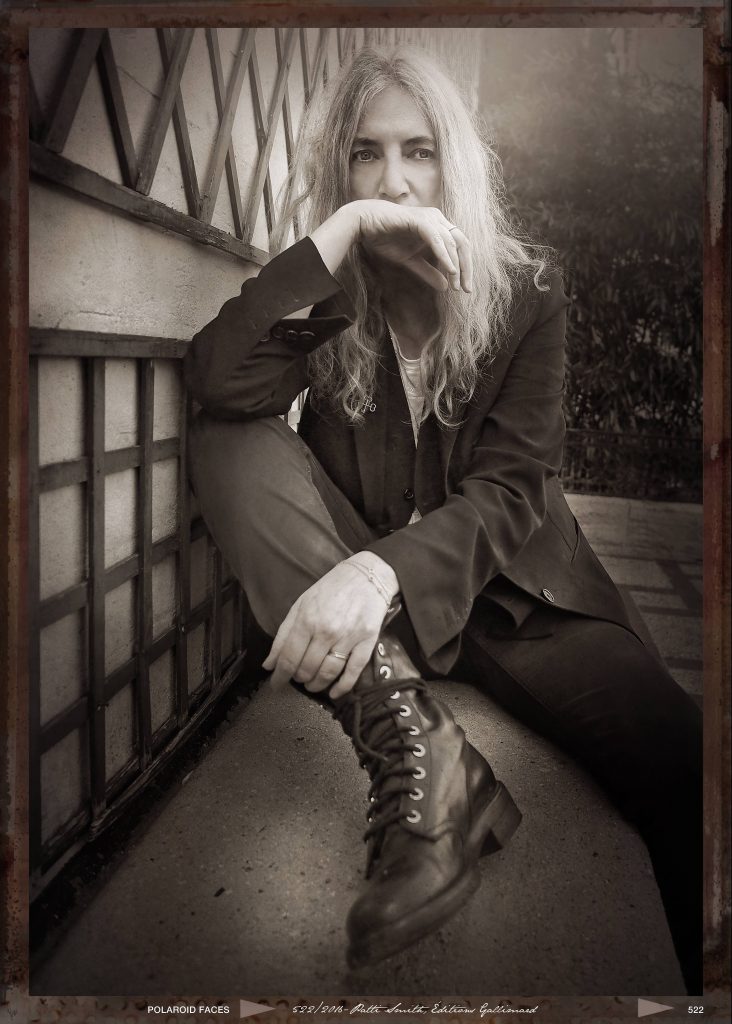 It didn’t take much convincing to get Patti Smith to sign on as the headliner for the Pathway to Paris concert in San Francisco, set for Friday, Sept. 14, at the Masonic.

The 71-year-old musician, poet and author’s history of activism can be traced to 1975, when she released her seminal full-length debut, “Horses.” A testament to the transformative power of rock ‘n’ roll, it launched her into an audacious career punctuated by standing up for countless causes close to her heart — from AIDS relief to human rights and, most prominently, environmental protection.

Since President Trump took office, Smith said, she has felt a new urgency to speak out.

“I never would have dreamed that someone from my own generation would come into the presidency and do everything they could to destroy what strides we made for environmental change, civil rights, rights for women, the needs of all people,” she said in a call from her bungalow in Queens, N.Y. “It’s painful and humiliating.”

It helped that Pathway to Paris was co-founded by Smith’s daughter Jesse Paris Smith, 31, who with the Canadian cellist Rebecca Foon started the nonprofit organization in 2014 to educate cities on climate change and help them toward emission-reduction goals outlined by the 2015 Paris Agreement on climate change.

“Ever since she was a little girl, she was very conscious of the impact of waste and plastics and debris on our environment,” Smith said of Jesse, whose father was the late Fred “Sonic” Smith of the politically charged Detroit rock outfit the MC5. “I’m extremely proud of her and also amazed. It’s something beyond what I’ve ever done or even conceived of doing.”

She was quick to emphasize: “Daughter or not, we have to support younger generations. They’re the future.”

In 2017, Trump announced he would pull the United States out of the Paris climate accord — in which the world’s second-largest emitter of greenhouse gases had promised to reduce emissions 26 to 28 percent from 2005 levels by 2025 — as he also introduced policy proposals to undo the pollution-reducing Clean Power Plan of the Obama era and roll back fuel efficiency standards for cars and trucks.

Trump’s move brought plaudits from Capitol Hill Republicans but scathing condemnation from around the world and the nation, as well as personal pleas from U.S. corporate chieftains like Tesla’s Elon Musk and Apple’s Tim Cook.

Smith, still reeling from Trump’s 2016 election, took to heart scientists’ warnings that his action would have grave consequences and make it less likely the world can avoid dangerous and irreversible climate change.

“I feel like my armor has another dent in it,” she said. “But it is intact. I am not going to allow this administration and that person to make it difficult for me to write a poem, enjoy my children, help a neighbor. I’m not going to let that happen.”

If nothing else, it has inspired Smith to make the most of opportunities like the concert that bring like-minded people together. Her concerts have always felt like communal affairs, typically climaxing with a chest-thumping version of the anthem “People Have the Power,” which will no doubt be unleashed at full rib-rattling volume in San Francisco.

“We’re not going to be able to change everything in one night,” Smith said. “We can gather, remind each other that we’re all here. We all have the energy and power. It’s a night to reflect and retune and go out the next day to do what we can to add to the conversation.”