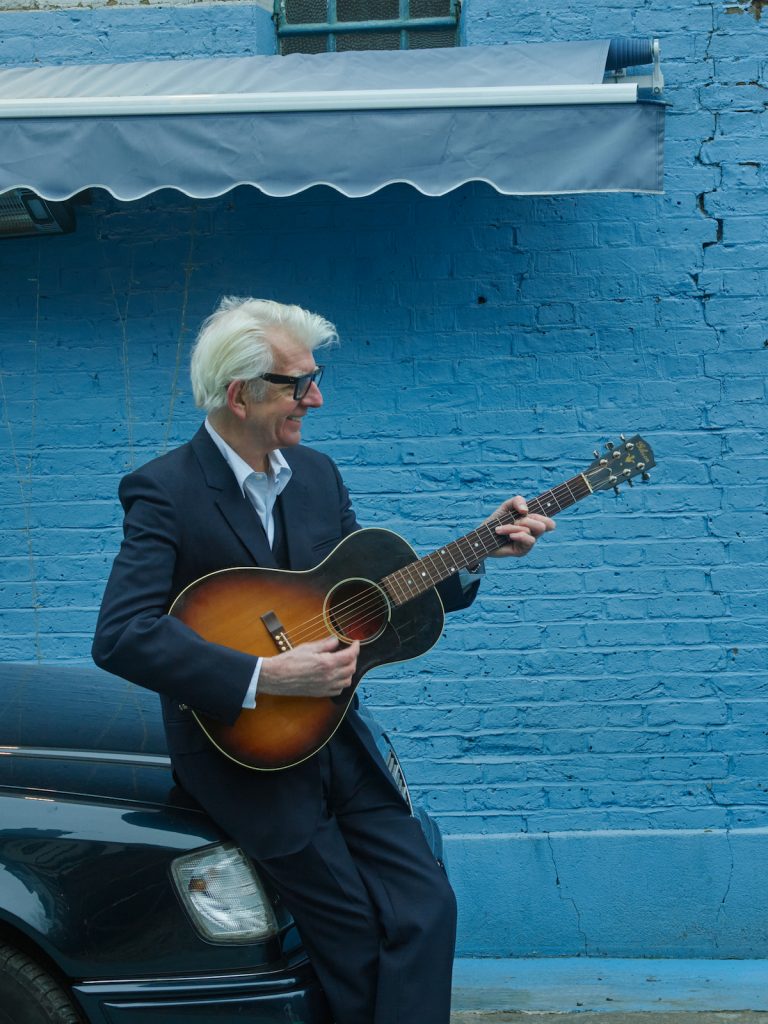 Nick Lowe and Los Straitjackets may be playing for thousands this month as the special guest opening act for longtime friend Elvis Costello.

But it’s unlikely those shows will be anything close to what the troupe did in front of a few hundred fans Saturday night, Aug. 6, at the Magic Bag in Ferndale.

Lowe and Los Straitjackets is a pairing made in some sort of musical heaven — in this case the office of their shared management. Together since 2015, the sight of Lowe playing with the Lucha Libre-masked quartet is worth the price of admission alone. But Los Straitjackets’ broad-based musical acumen and droll sense of humor jibes perfectly with Lowe’s canon of bulletproof pop songs, making Saturday’s show nothing less than sublime.

Weighing in at a tidy 28 songs in an hour and 45 minutes, the sold-out show offered a sweeping survey of Lowe’s 55-year career along with a nice sampling of Los Straitjackets’ brand of musical madness. The quintet kicked off with a pair of Lowe’s better-known tunes (he quipped early on that there were only one or two bona fide “hits” to be had), “So It Goes” and “Raging Eyes” before digging deep into his catalog for the likes of the country-flavored “Without Love and the gentle “You Inspire Me.” The group kept the tempos varied and the arrangements rich, flavored by the guitar textures from Los Straitjackets’ Eddie Angel and Greg Townson. They sampled generously (five songs) from the two EPs, with the soulful “Blue on Blue” one of the night’s show-stopping highlights.

Lowe’s fans not already indoctrinated to Los Straitjackets got their chance when he turned things over to the group for a seven-song mid-show mini-set, during which it offered up its high-spirited surf rocker “Kawanga!” and instrumental covers of Shocking Blue’s “Venus” (from the joint “Lay It On Me” EP) and Celine Dion’s “Titanic” theme “My Heart Will Go On” — the latter dramatically vocalized by drummer Chris Sprague. Sprague also used a rubber chicken toy to provide “vocals” during the group’s “Itchy Chicken,” and a clever transition had Los Straitjackets play Lowe’s “Rollers Show” instrumentally until Lowe, sporting a fresh shirt, returned for the final chorus.

There were more deep digs during the second half of the show (“I Went to a Party,” “Jet Pack,” “Heart of the City”) as well as those “hits,” including “Cruel to Be Kind” and a pleasantly languid “(What’s So Funny ‘Bout) Peace, Love and Understanding” that was arguably more resonant than the raging rock version popularized by Costello. The troupe kept rocking with “I Knew the Bride (When She Used to Rock ‘n’ Roll)” and encores of the Trashmen’s “Surfin’ Bird” and Rockiple’s “When I Write the Book.”

Lowe threw a final treat in to close the night, too — a solo rendition of Costello’s “Alison,” which Lowe produced back in 1977.

Lowe has certainly played with and in some notable bands over the years — Brinsley Schwarz, Rockpile, Little Village, his own Cowboy Outfit. But Saturday’s show made a case, yet again, that Los Straitjackets is the best of them all, and an association that hopefully won’t stop any time soon.