My Favorite Album: Jennifer and Jessie Clavin of Bleached on The Cure’s ‘Three Imaginary Boys’ 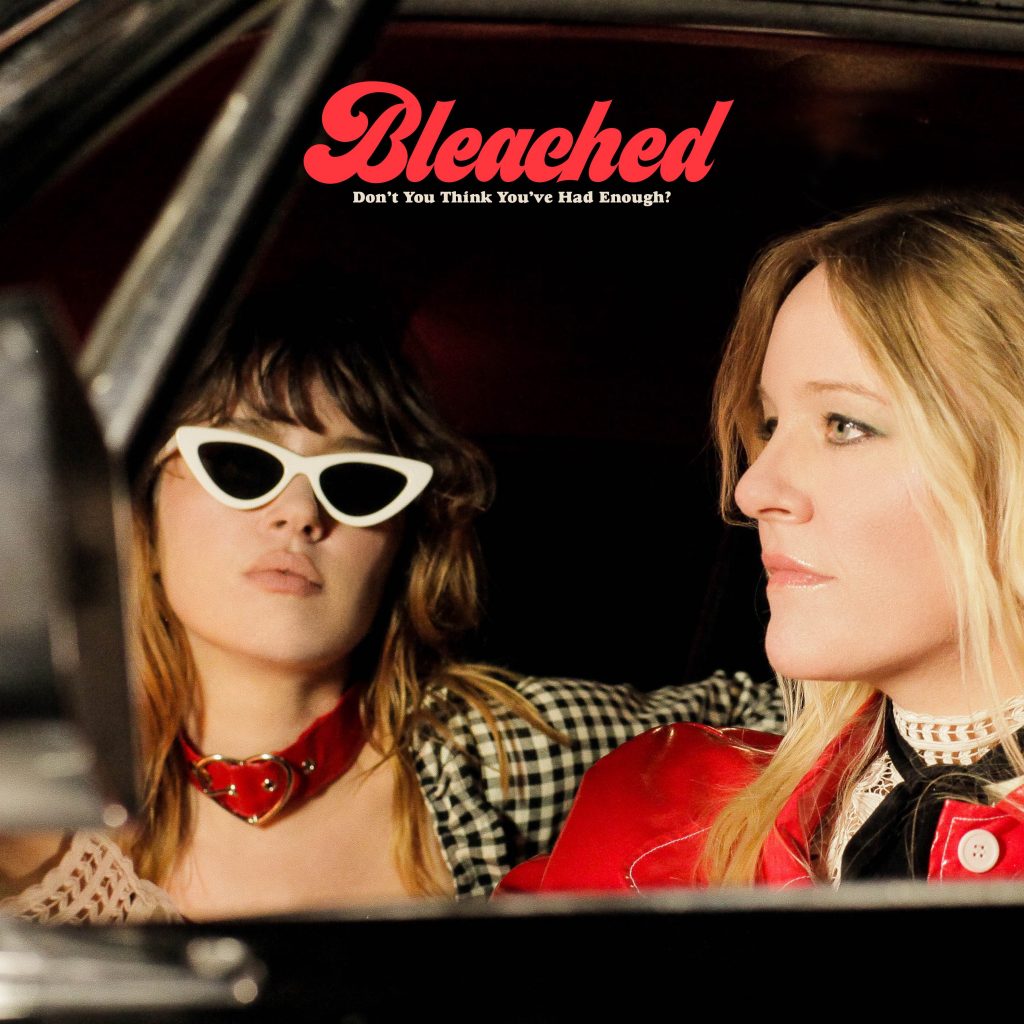 “When I listen to this album, it takes me back to being a teenager every time.” – Jennifer Clavin

When Jessie Clavin was 17 and her sister Jennifer was 15, the sisters were typical teenagers feeling their first rushes of freedom outside of parental supervision—staying out late, going to shows, and generally experimenting with newfound independence. With this came music. Not the kind that floated around the home when they were kids, but music of their own discovery, music that was theirs and only theirs.

“We were trying to discuss which album to do, because we wanted it to be one we can both agree on, and Jen mentioned this album,” says Jessie, who with her sister as the band Bleached just released their latest album, Don’t You Think You’ve Had Enough, on Dead Oceans. “I was re-listening to it, and all of a sudden a lot of memories came back of driving in Jen’s Chevy Nova. She had a ’73 Chevy Nova and a tape deck, one that you could bring in and out of the car, and we would go to shows listening to this record.”

“I bought it from a little old lady in Pasadena who had only used it to drive and get groceries, so it still had not that many miles on it, under 100,000 even though it was a ’73,” adds Jennifer. “We were still in high school, so it was probably 2002. Discovering music at that time, we just had to figure it out on our own, either go to the record score, or maybe we had Napster at the time. Spotify didn’t exist.”

Bleached’s new album is somewhat of a departure for the Clavin sisters. Having recently embraced sobriety, Don’t You Think You’ve Had Enough was the first Bleached album written and recorded from a completely sober place. The album also leans toward dance pop in singles like “Hard to Kill” and “Kiss You Goodbye,” while not completely relinquishing the punk of their roots. It is something that Jessie and Jennifer can trace back to Three Imaginary Boys.

“Having only heard The Cure through their big hits on the radio, when I discovered Three Imaginary Boys, I was like, ‘Oh this is a punk album,’” says Jennifer. “When I listen back, I can’t believe the way they recorded the crash on the drums. It’s so lo-fi but it’s so cool that still to this day I’m trying to find that sound in a Bleached record.”

Most of all what Three Imaginary Boys represents for the sisters in Bleached is youth. Driving from Silver Lake in LA to Orange County to see punk shows at Chain Reaction or The Glass House, slowly picking up friends on the way until the car was packed. The Cure on the tape player.

“When I listen to this album, it takes me back to being a teenager every time,” says Jennifer. “And that feeling of everything still being very new and kind of figuring out your life outside of living with your parents. It feels very freeing. I feel like that album was the soundtrack to my teenage years.”

[Note: This article originally appeared in Issue 66 of Under the Radar’s print magazine, which is out now. This is its debut online. For the issue we interviewed musicians and actors about their all-time favorite album.]