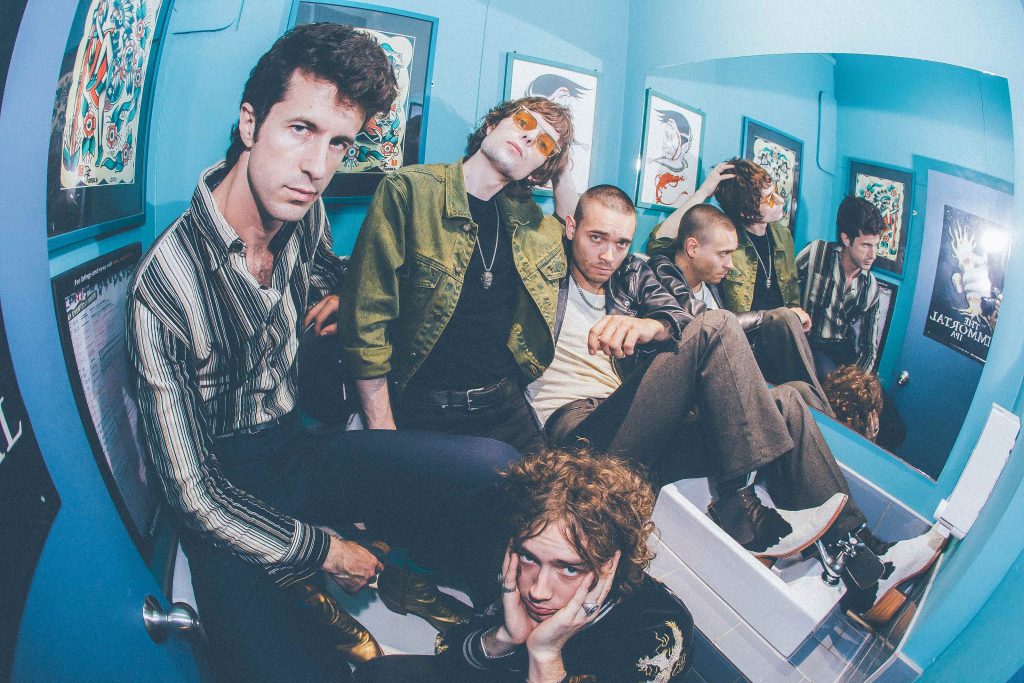 Los Angeles-based duo WARBLY JETS have released their newest track, “NASA.” The band’s new release is their first since their 2019 EP Propaganda and since returning to the original duo of Samuel Shea and Julien O’neill. “NASA” is somewhat of a reinvention for the band as they move away from the power-chord stomp and stadium rock revivalism of their 2017 self-titled debut for an approach that embraces a slick production-centered mix of synth pop loops and electro rock.

As the mark of a new beginning for the duo, “NASA” is a bold reintroduction. The track opens on sharp layers of horn samples before kicking into gear with muscular guitars and addictive bass riffs. The duo strikes an excellent mix of the modern rock sound of their debut with studio plunderphonics. The band lists production legends such as Rick Rubin and Dangermouse as influences, but the creative process was all them. The duo wrote, recorded, produced, and played on the track all themselves. The duo is able to recreate the scale of a big-budget rock release while maintaining an independent creative spirit. That same independence is the focal point of the song itself, as the band expresses the freedom from expectation and the chance to learn from failure that independence brings. In between blasts of distorted synths, the band sings on the bridge, “You’ve got to fall to fly in this game that we ride.”

O’neill says of the song, “Lyrically, the song is about jumping off a cliff and expecting gravity won’t push you down…It was a pretty long process of going from something that was just a cool little idea into a full-fledged song. There’s tons of layers of horns, synths, and vocals that came together over a few months of back and forth in the studio. Once we had the lyrics and vocal ideas in the verses it all started to make a little more sense as a real tune. It was a bit of a puzzle for a while, but we feel really good about where it ended up.” Shea goes on to say, “‘NASA’ is a song about the process of shedding skin to reach your fullest potential. It’s a realization that everything you want is within your reach. It’s a moment of clarity and the manifestation that comes after.”

The band lists Stanley Kubrick and Hype Williams as inspirations for the video, tracking the band on the run in between wide-angle quick cuts, colorful set design, and Day-Glo paint dance parties. Shea aptly describes the video as, “It was just supposed to be a smorgasbord of us having a good time.” Both the video and song are certainly a good time, as well as an excellent introduction to the new iteration of WARBLY JETS. Check out the song and music video below.