Joan Baez: On record, and On Canvas 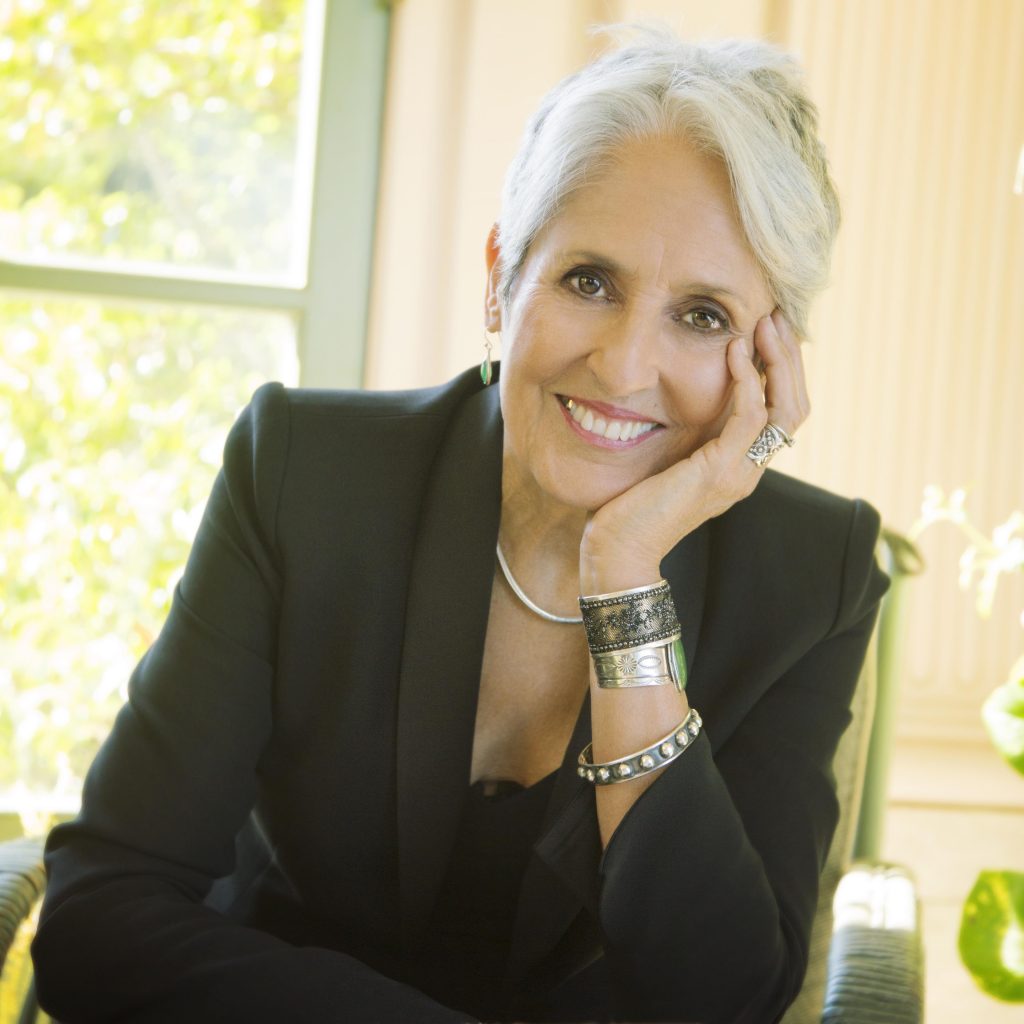 “The Night They Drove Old Dixie Down” was a big hit for Joan Baez back in 1971. A legend by anyone’s reckoning, she’s now approaching a turning point in her life and career, as she tells our John Blackstone:

After nearly six decades as the reigning queen of folk music, Joan Baez has been back in the recording studio making a new album, “Whistle Down the Wind.”

This year she’ll be taking those new songs around the world, embarking on what she’s calling her farewell tour, at age 77.

To hear Joan Baez perform “Whistle Down the Wind” from her new album, click on the player below.

Baez says she’s ready to put her singing career behind her: “I sing in a lower voice. They don’t know that’s the only voice I can sing in, you know? (laughs) So you might as well tell ’em. I like it. I like the sound I hear. But it’s much more difficult to sing than it ever was.”

When her recording career began in 1960, Baez was an instant success, almost immediately becoming a face of the booming folk music revival. Her debut album, at age 19, went gold … and so did the one after that.

To hear Joan Baez perform “All My Trials” from her debut album click on the player below.

Joan Baez’s debut album added to Library of Congress’ National Recording Registry (CBS News)
In the following decades, she’d use her voice frequently to speak on behalf of social and political causes. (“What I asked, where I usually become a little unpopular, is that what we do has to be nonviolent,” she said at a press conference in the 1960s. “Because although violence is many times understandable, it’s never justifiable.”)

In 1963 at the March on Washington, she sang for 200,000 civil rights activists, and later she’d become one of the most visible opponents of the Vietnam War.

Blackstone said, “You started out [in a] very politically divided time in the country. And you’re wrapping up the performing part of your career in another very divided time.”

“I’ve never seen anything as disgusting as what’s going on now,” Baez said.

“Some of the songs on your new album are certainly politically tinged.”

“The President came to speak some words
and the cameras rolled and the nation heard.
But no words could say what must be said,
for all the living and the dead.
So on that day and in that place
the president sang ‘Amazing Grace.'”

Blackstone met Baez, just before she took these songs on the road, at her Woodside, Calif., home where she’s lived for the last 40 years.

When asked if she was ever tempted to get something bigger or grander, she replied, “No. I’m not interested in bigger and grander.”

Most importantly, the property is close to her son, Gabe, and granddaughter, Jasmine.

She said her daughter-in-law had recommended Baez try online dating: “She’s been trying to get me hitched up since I met her 20 years ago! She says, ‘Oh, we could try this one.’ And a couple weeks later when she called she said, ‘We got some of the results.’ I said, ‘Oh, whoopee. What do we got?'”

And what were the results? “It wasn’t what I had in mind, if I had anything in mind!”

It could be challenging for any man to match others in her life. In 1968 she married Vietnam War resister David Harris. The marriage lasted five years.

But it’s her two-year relationship with Bob Dylan back in the early ’60s that has become legendary.

“I don’t know. Why do you ask questions about Bob Dylan?” she replied.

“‘Cause I have to ask about Bob Dylan!” he laughed.

“There are worse things than to be forever aligned with Bob. He’s brilliant, and I have my best music from him. And I wrote a wonderful song, yeah.”

Now you’re telling me
You’re not nostalgic
Then give me another word for it
You who are so good with words
And at keeping things vague
‘Cause I need some of that vagueness now
It’s all come back too clearly
Yes, I loved you dearly
And if you’re offering me diamonds and rust
I’ve already paid.

To hear Joan Baez perform “Diamonds and Rust” click on the player below:

A portrait of Dylan is among the paintings that have become her most recent creative expression. She calls the portrait “Old Happy Face.” “Well, I think it kind of captures Bob,” she laughed. “I just looked for what seemed to represent him.”

The theme of the show, she said, was “Mischief Makers. People who have made social change through everything except violence — imagination, courage.”

“I’ve sketched my whole life, from when I was five,” she said. “But to the more serious, getting into acrylics, that was six years ago.”

“I think you’ve said that your voice was a gift; this is another gift?” asked Blackstone.