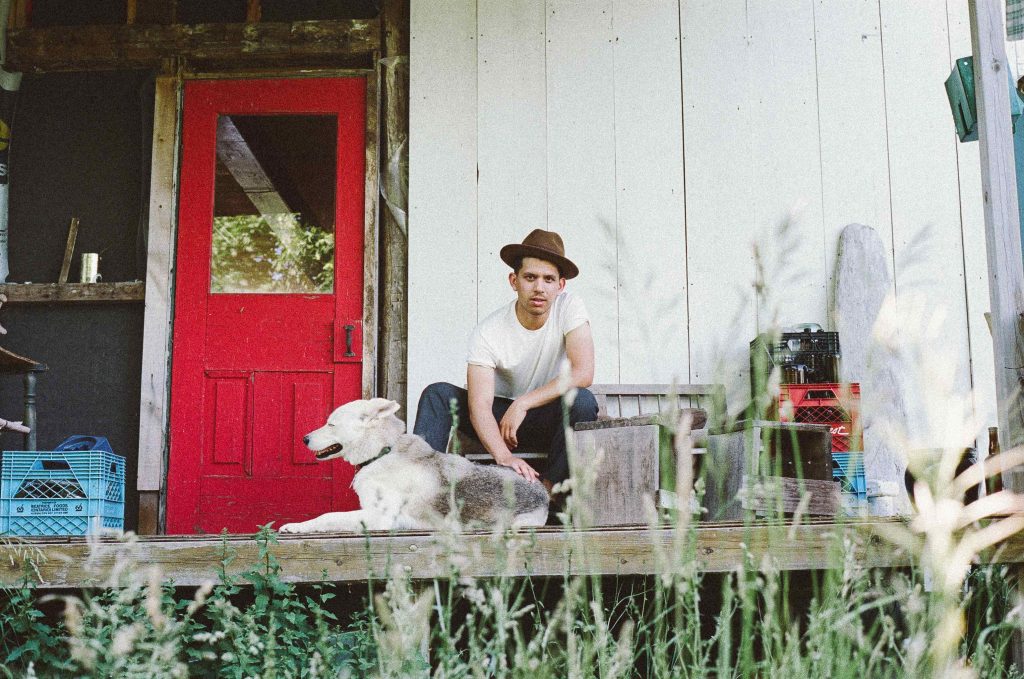 Jeremie Albino brings the rock and soul to his debut album, Hard Time, out Friday (Aug.  9) via Cinematic Music Group. The Canadian singer-songwriter’s powerful belt is at the forefront of the rollicking “Storm,” which Billboard premieres today (Aug. 7).

Inspired by a rumbling storm that woke him up at 5 a.m., the track highlights Albino’s unique blend of rock ‘n’ roll, blues and Americana with a thumping beat and backing vocalists that bring to mind that of a gospel choir. The video itself brings the song to life as Albino rises out of bed to seek shelter in the midst of a storm.

“The night before I wrote the song, when I went to bed, it was one of those really hot and humid nights,” Albino tells Billboard. “Then around 5 in the morning, a bit before sunrise, this big storm cloud was rumbling and woke me up. I could see it coming from my window. It was really beautiful to watch rain fall and then feel the heat break. I was half asleep but this line – ‘low moaning rumble kicked me out of bed’ – and melody kept going over and over in my head.”

The video for “Storm” came together in two-and-a-half weeks. Shot at his farm house in Prince Edward County in Ontario, Canada, directors Mark Klassen and Hope Little were at the helm of the shoot and redecorated Albino’s bedroom and living room ahead of filming.

“I had some family visiting from out of town. So it was a full house with a baby and a three-year-old running around,” he recalls. “It was wild, but we couldn’t have done it without everyone involved. My folks helped feed everyone and the cute babies helped put a smile on everyone’s face. I’m really proud and thankful of everyone who worked on this! It feels like we really did the impossible.”

“Storm” is featured on Albino’s debut album Hard Time. The singer says the record is a “good picture of all these stories I’ve been writing” since he began making music, including the very first song he ever penned.

“A lot of the inspiration came from my day-to-day living and working out on farms, or just growing up. All the years of voice memos. I’d sing to myself ideas, whether it be while I was out harvesting carrots, or while I was just sitting on the porch with a friend or a storm waking me up out of bed,” he says.

Following an appearance at AmericanaFest on Sept. 12 at Nashville’s the Station Inn, the singer will spend most of the fall on the road with St. Paul and the Broken Bones beginning in October.

Watch the video for “Storm” below.