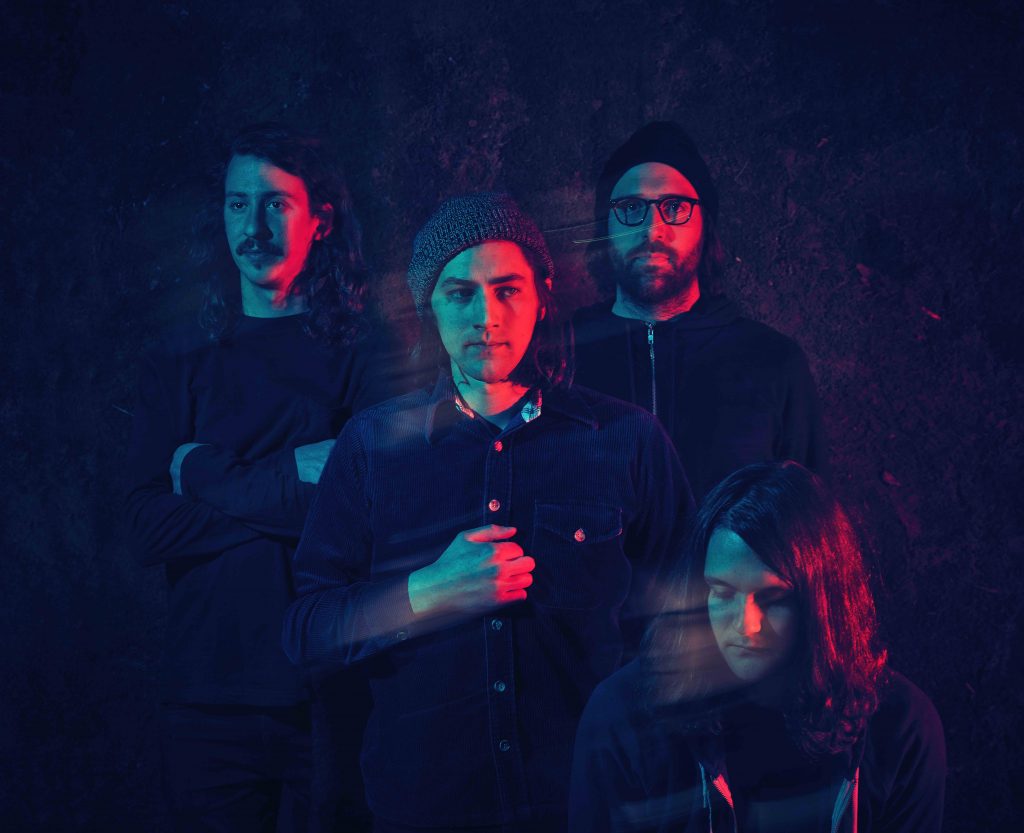 The Denver-based psych-rock outfit Flaural first appeared back in 2015, with the release of an EP called Thin King. The next year, another EP titled Over Imaginary Cigarettes followed. Then, the band went quiet for a while. They were writing and developing at the same time as they were grappling with personal upheavals. Now, three years later, they’re gearing up to release the result of that work, their debut album. Perhaps somewhat cheekily, they named it Postponement.

Along with the announcement, the band has shared the album’s lead single “The Thinker.” Though blissed-out on the surface, the track comes from a personal place: frontman Collin Johnson dealing with his father’s diagnosis and subsequent death from ALS. (Postponement’s cover art alludes to this as well, mimicking a clock set to 3:27, after Johnson’s father passed on March 27th of 2017.) “The Thinker” traces that arc of time, with early lyrics calling out “Nobody likes you when you’re not well/ Come up, come up, and feel better now,” with Johnson later adding lines like “Unanswered questions still haunt me.”

“‘The Thinker’ definitely set a tone for the album in the sense of hardship and having no way out but just dealing with the way things are,” Johnson explained. “Trying times have no grace and that manifested as a recurring theme through the rest of the album.”

Sonically, “The Thinker” is a brisk psych-rock track with hints of autumnal melancholy in its vocal melody. When you know its backstory, what initially comes across like a catchy freakout takes on more weight; an underlying sadness becomes more prominent, the waves of layered instruments starting to feel like an escape towards the inner recesses of a person’s mind as they try to reckon with what has happened while they grasp at memories dissolving over time.

The textural build of “The Thinker” is partially thanks to the contributions of Sean Culton, whose baritone saxophone becomes a disembodied wail as the song hits its climax. It’s one of the parts of the song that goes a ways back, to jams with Flaural keyboardist Connor Birch, and later found a crucial place on Postponement. “There was a long time period between our earlier recordings and this album,” guitarist Noah Pfaff adds of the years elapsed and how they’ve changed Flaural. “But there’s a cohesiveness between the two that I think people will enjoy when listening to them together, along with seeing a progression in song structure.”

As a result, “The Thinker” became a haunting yet healing composition, possessing ghosts yet sounding like the process of trying to make peace with them. Check it out below.

Postponement is out 4/19 via Staycation Records. Pre-order it here.