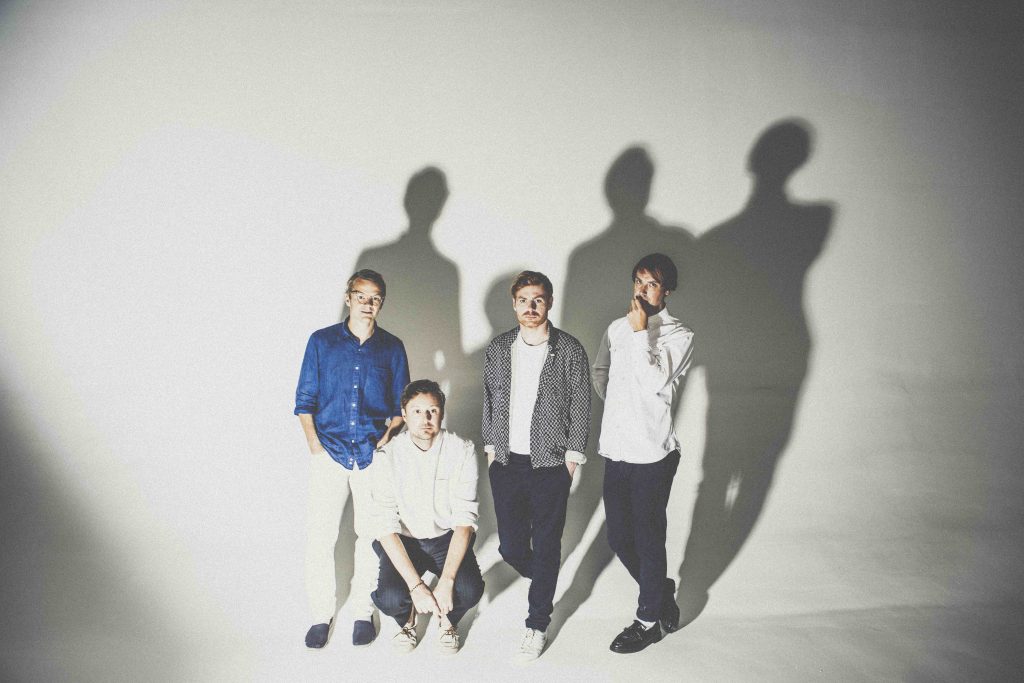 Winter’s Beach EP Due Out October 12 via Ribbon Music

Django Django released their third album, Marble Skies, back in January via Ribbon Music. Now they have announced a brand new EP, Winter’s Beach, and shared a video for its first single, “Swimming At Night.” Winter’s Beach features six new tracks and is due out October 12 via Ribbon. Check out the colorful video for “Swimming At Night” below, followed by the EP’s tracklist and cover art, as well as their upcoming U.S. tour dates.

Winter’s Beach was recorded after Marble Skies was recorded, but before the album was released, with the band’s producer/drummer David Maclean producing. Gemma Yin Taylor directed the “Swimming At Night” video.

Yin Taylor had this to say about the video in a press release: “For ‘Swimming At Night’ the guys wanted to create a highly visual piece of moving image exploring the vibrant inner worlds within our own heads. With a nod to some iconic graphic and video styles from the ’70s and ’80s, I used mixed media techniques and a low frame rate to achieve a distinctive tactile quality. Meandering through deconstructed figurative, scenic, and natural forms from the start of the video sets the stage for introducing some trippier ‘life forms underwater’ when the track submerges us into the vibrant choruses. The imagery is familiar, but subverted, using non-linear animation techniques. I wanted the video to embody the off-beat eccentricities of the track, whilst still having a bold, bright pop sensibility.”

Maclean had this to add about the video: “‘The Swimming At Night’ chorus is about closing your eyes or being in the dark and swimming in your own world, your own thoughts. The idea for the video came when we were in Palm Springs. The light and the colors there were extraordinary and were the inspiration behind some of the imagery in the video. That, combined with an old drawing that Tommy found of a colorful deep blue sea full of creatures.”

Marble Skies was the follow-up to the band’s 2015 sophomore album, Born Under Saturn, and their 2012-released Mercury Prize-nominated self-titled debut.