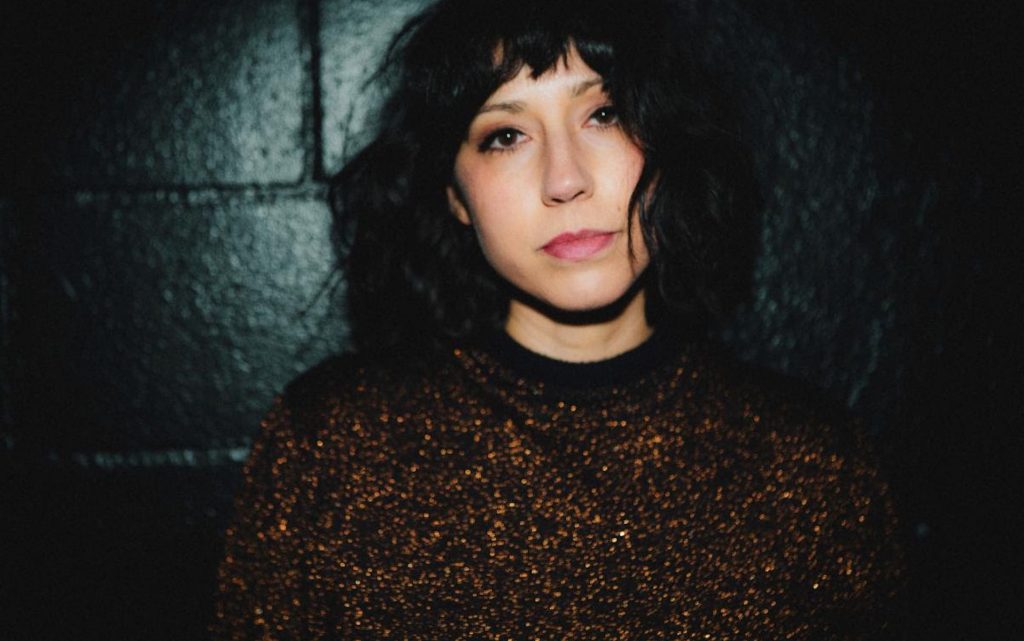 In the pantheon of guitarists in the 21st Century, guitarist Jessica Dobson deserves high placement on that roll call, having sessioned with such modern greats as Beck, The Shins, The Yeah Yeah Yeahs and Spoon since arriving on the scene at 19 thanks to her distinctive and creative style on the six-string.

She also captains Deep Sea Diver, a Seattle based band whose sound serves as a cumulation of all the fantastic future pop vibes she’s helped color for those aforementioned other acts filtered through Dobson’s own imaginative and infectious sense of melody as a songwriter in her own right. The anticipated third LP from Deep Sea Diver, Impossible Weight, is due out on October 16th. For Dobson, the album’s creation pulled double duty, also serving as a vessel for the emotions she has experienced volunteering for Aurora Commons, which is a drop-in center for the homeless.

“I spent a lot of time with the women who frequent the Commons, and it taught me a new depth of empathy,” she says. “They’re people who don’t have the luxury of going back to a home at the end of the day and hiding behind those four walls, so they’re sort of forced to be vulnerable with what their needs are. Talking with them and listening to them really freed me up to start writing about things I’d never written about before in my songs.”

One such song is the album’s stunning title track, the video of which American Songwriter is proud to premiere today. The fierce, driving track is further enhanced by a guest appearance from Sharon Van Etten, whose presence also factored into where the video was shot as well: Seattle’s historic Neptune Theatre.

“I chose the Neptune as the final shot because that is the venue in which I saw Sharon Van Etten play at the night before we recorded the song,” Dobson tells American Songwriter. “I’ve been a huge fan or hers for quite some time and I was deeply moved and inspired by that show. The next day, I literally said out loud as we were recording, ‘I wonder if Sharon would ever sing on this?’ Having never met her, it was definitely a pipe dream question that somehow ended up working out and I’m eternally grateful for it. She brought so much to this song and brought it alive even more.”

For Dobson, whose violent beauty on the electric guitar can never be understated, the video aims to bring the splendor of the Deep Sea Diver concert experience into its narrative as a means of coping with the loss of touring opportunities because of the pandemic.

“Musical performance is in a very strange space at this time in history,” she tells American Songwriter. “It is heartbreaking not being able to be with others in the ways that we have been in the past. For this video I thought, well… if we cant play shows right now then I’m going to take my light box ( a prop we bring on tour that I stand on top of when I play guitar solos) and I’m going to bring it into a myriad of untraditional places. We wanted to create scenes of absolute beauty, of loneliness, of power—of the human spirit being fully alive, even in a time of sadness and uncertainty. We went to the desert, the rainforest, the peninsula, the empty streets in downtown, the suburbs, ultimately ending it in a music venue, because that’s what we long for this season to return to. Experiencing music in person, with others.”