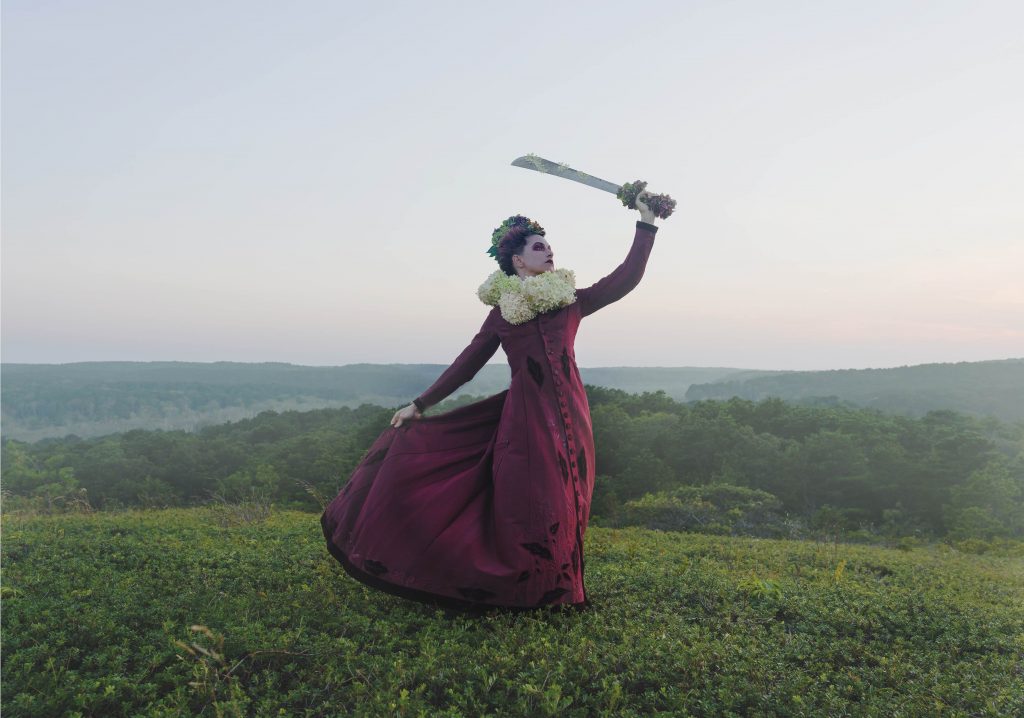 The typical South By Southwest showcase performance is a short burst — 40 minutes, maybe, an attention-stirring sampling of what an act is capable of. But Amanda Palmer has no interest in being typical.

The former Dresden Dolls member’s performance on Thursday night (March 14) at Austin’s Central Presbyterian Church was a memorable epic, a two-hour and 15-minute show heavy with meaning and confessional insights.

In the midst of designing a full stage show for a tour she begins March 21 in Detroit to support her just-released new solo album, There Will Be No Intermission, Palmer told the crowd that, “I want to play you the beautiful songs from my new album, but I also really want to talk.” And talk she did, interspersing most of the songs with lengthy introductions, even reading a long passage from a photo book published as a companion to the album and holding a Q&A towards the end of the show, with the fans who remained, before finishing with “The Ride.” Her comments, unapologetically frank and revealing, gave flesh to the deeply personal album’s songs about mortality, loss and perseverance and turned the night into a cross between a therapy session and a recital, amplified by the majestic surroundings of the high-ceilinged cathedral, with a large cross above and behind her.

And it was wholly in keeping with Palmer’s week in Austin, at a festival where she said she’s “been the most connected with myself and sometimes the least.” She delivered two talks on Wednesday, one a keynote during the SXSW conference and the other a conversation with fellow artist Ben Folds. She also held a half-hour “read in” at the Austin Public Library as a respite from the SXSW madness, where she also performed briefly at the end. And she was spotted in the back of a pedicab, playing her ukulele and singing along to her songs.

As she finished the church show, which might have gone longer if not for the curfew, Palmer thanked the crowd for indulging her in “this loosey goosey version of this show” that she’ll be taking on the road. She promised to return to town later this year, but Palmer will be hard-pressed to deliver anything quite this intimate, and heavy, again.