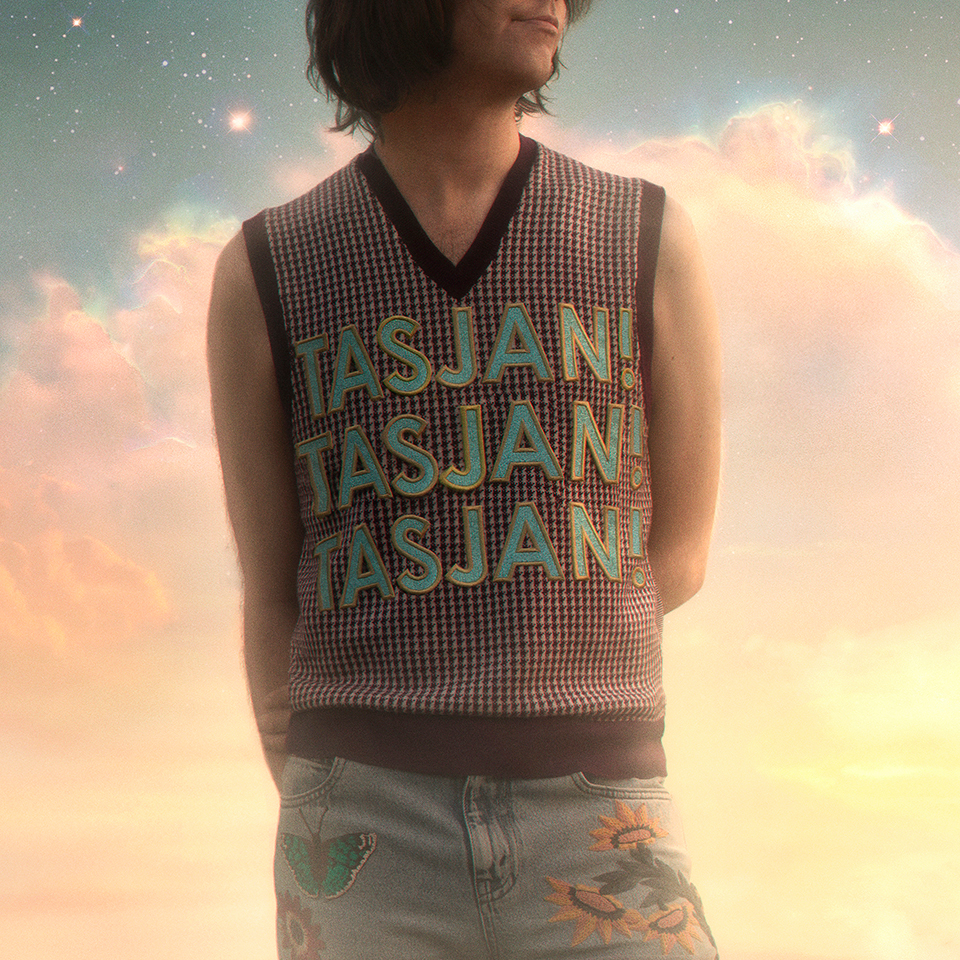 Aaron Lee Tasjan offers a personal glimpse behind the glitter on his new song “Up All Night,” a succinct slice of ELO glam-pop that finds the enigmatic Nashville songwriter opening up about his anxieties and sexuality.

“Broke up with my boyfriend to go out with my girlfriend/cause love is like…that,” Tasjan sings over ringing guitar chords and distorted synth that call to mind the best of Jeff Lynne. The song is an immersive listening experience, with Tasjan giddily guiding you on a journey through musical genres and his own vices.

“Up All Night is half party anthem, half cautionary tale,” he says in a statement. “It’s inspired by the times I’ve wondered if I need to get help with my drinking and what it meant that I was worrying about things in the first place?”

The song arrives with a live-action/animated music video directed by Curtis Wayne Millard in which Tasjan welcomes you further into his uniquely artful world.

“Up All Night” is the first release of Tasjan’s upcoming album Tasjan! Tasjan! Tasjan!, a record he’s dedicating to fellow outsiders. “No one likes to feel singled out. I’ve encountered this feeling many times in my life including being in line at a drive-thru window in a small town in Ohio and experienced homophobic verbal abuse and harassment after I parked to eat,” he says.

Produced by Tasjan and Gregory Lattimer and recorded in Tasjan’s home base of Nashville, Tasjan! Tasjan! Tasjan! will be released February 5th via New West Records. The singer-guitarist continues his “Live and Well From East Nashville” livestream series on Tuesday night with a performance at 7 p.m./CT.