A Simple, Quiet Joy: In Conversation With Interpol 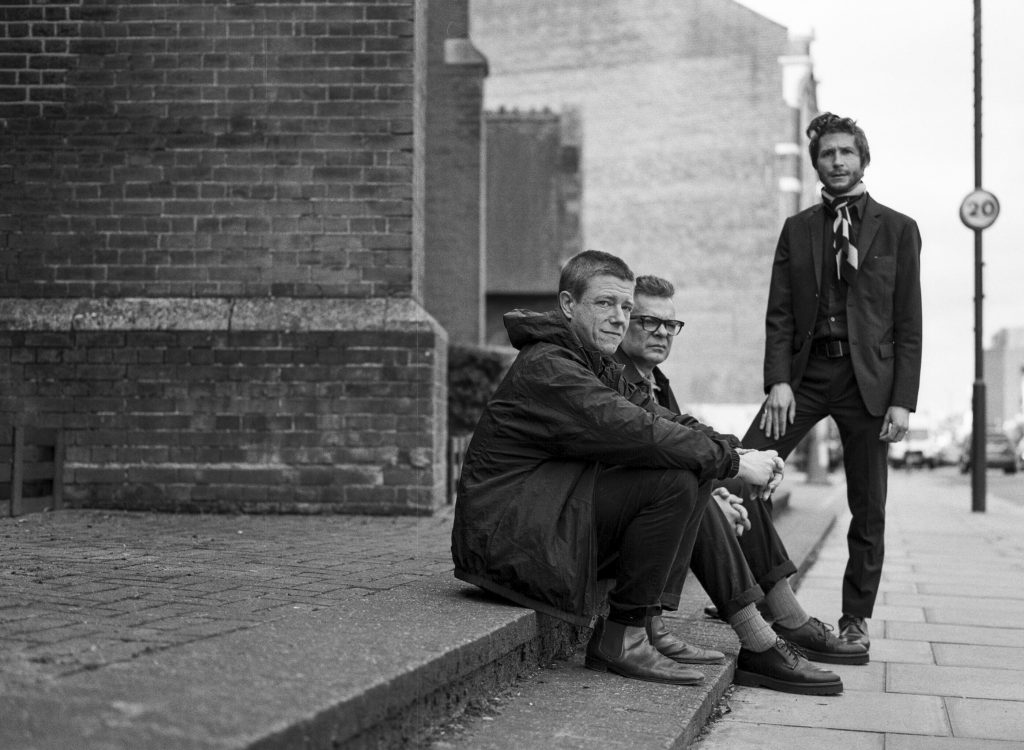 Inside their potent evolution…

It’s a warm summer’s day in London and Daniel Kessler is at ease with the world. Dressed in tailored black, the Interpol guitarist is a figure of relaxed confidence, seated in a restaurant patio to the side of his hotel. Tonight, the band will play Hackney’s EartH venue, part of a tour which in spite of COVID interruptions has reminded us all just how special these New Yorkers remain. Picking the best of their catalogue, Interpol are able to move forwards with alacrity, with new album ‘The Other Side Of Make-Believe’ representing some of their finest work yet.

Drinking sparkling water, his shades glint in the sunlight as the guitarist reflects on the latest aspect of their evolution. “I think it just kind of happens,” he shrugs. “And I think it’s like maybe part of our DNA – it’s definitely not by force or by intention. You also don’t want to bore yourself, maybe.”

Even by their own lofty standards, Interpol are on something of a roll. If 2010’s self-titled represented something of a reset, then 2014’s ‘El Pintor’ and – in particular – 2018’s excellent ‘Marauder’ have presented a band renewed. Increasingly industrial in tone, Paul Banks’ stunning lyricism is met by arrangements that suggest magnificent depth, richness, and subtlety. Gothic, sweeping, and immersive, Interpol’s new album perhaps represents the apex of this second wind.

“I think we’ve evolved quite a bit as a band,” he says, “but the chemistry is basically the same. I mean, when I started approaching people to form a band with, it was more about the feelings of these individuals, and their sensibilities. We’re different people, but the thing that made us a band was the music, and the feelings we have for it. We have this chemistry which means we’re never short of ideas.”

“On this record, we were almost like kids. It reminded me of making our first record – everyone was so, so invested in making it as good as it could possibly be, and I was so appreciative of that.”

Crafted across multiple lockdowns, the pandemic forced Interpol to improvise. While the individual musicians have long since settled in different cities, they would always get together – cheek to cheek – to work on something new. “We’re traditionally kind of old school,” he says. “We’d wait for the scheduled time to get together, and then rehearse. We’d play the songs there and then, see what works. Paul would jump in, Sam maybe, too, and add layer after layer. It almost wouldn’t be complete until we play it live in a show.”

This time, however, Interpol used the internet – Dropbox folders, WhatsApp even – to shuttle ideas around the globe. “This time round, I started sending demos round. Just ideas. Now, I didn’t know if it was gonna work! We’re so accustomed to being in the same room. But it became this thing of us sending these takes around different cities, and at times different countries. I’d wake up, and there’d be this little thing from Paul. And in a way, it was similar to a rehearsal room because those were ideas I’d never have, and they brought out a whole different side to the song.”

For Daniel, creativity seems to come at odd moments, and only when he’s relaxed. He can’t write on the road, he explains – the two are different energies – but when he comes home, he’s able to decompress. “Then when I sit down – finally – at home with my old classical guitar that I’ve had since I was a teenager,” Daniel smiles. “It’s a different mindset. I think that puts a good foundation down because it’s almost like by design, I want to do this.”

It’s a curious revelation – so, those Interpol classics, those vast cathedrals of sound, were initially penned on a junkshop guitar?

“I had it since I was 14!” he exclaims. “This shitty little guitar. But it’s comfortable, and so quiet. Also, I often write while watching films, like I’ll be distracted, watching this film, and then I’ll come up with things. It’ll creep into my subconscious.”

The pin-pricks on the map may have changed, but the methodologies remained the same. There’s a sense of mutual trust at work in Interpol, one that keeps the band in constant progression. “I think that’s the way it’s been since Day One and that keeps the formula evolving, and means the end result is never that predictable.”

2018’s ‘Marauder’ was done on two inch tape, giving it a concert-like electricity. ‘The Other Side Of Make-Believe’ is more focussed those, and distilled. With the songs assembled, Alan Moulder and Flood were recruited to produce. “It was a great experience,” he beams. “I mean, Flood has made some of our favourite records. And he really became a friend. When it came to mixing, it became clear how thorough Alan Moulder was. Every idea we had – like, why don’t we try this? – he could dial it back, and say: well, I already tried that! We put so much confidence in the studio process.”

What propels Interpol, then, is a sense of trust, but also a simple, quiet joy. Daniel Kessler speaks quickly – it’s natural, this machine gun flow of words – but he’s also deeply passionate about the band, and the musicians around him. Musing on those initial demos, he describes the thrill of waking up to hear, for the very first time, a vocal take from Paul Banks.

“Hearing his voice is one of the best things about being in this band,” Daniel says. “Before Interpol, I would demo songs, and play all the instruments myself. But it would only ever turn out how I wanted it to. And that’s when I realised I needed other people around me, and that’s what Interpol became. So it’s an enormous pleasure to hear Paul sing – he is totally committed to this.”

Completing a run of European shows, Interpol are on the form of their lives. Cushioned by the love adorned on their catalogue, they’re able to sketch out a plan for their latest iteration, fuelled by what must rank as one of their very finest works. Switching energies once more, Daniel Kessler is relishing every moment of being in this band.

“It’s really special,” he says. “And we knew it would be, because it’s this rare moment when both band and audience are re-starting at the same time. It’s just been a joy. When we perform now, it includes this deep, deep appreciation of what it takes to play a show.”

‘The Other Side Of Make-Believe’ is out now. Catch Interpol on tour.