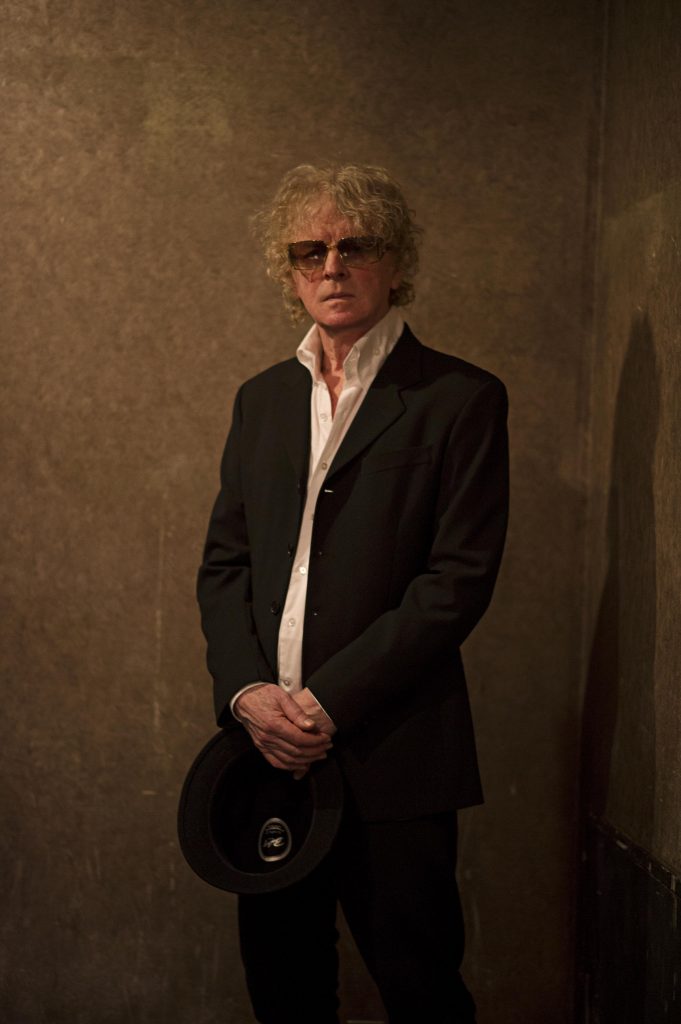 New album to be released September 16 2016 on JJM Records

As leader of ‘70s British rock legends Mott the Hoople and as a hugely influential solo artist, Ian Hunter is widely revered as one of rock’n’roll’s most compelling performers and one of its most articulate songwriters. As author of such immortal anthems as, “All The Way From Memphis”, “Once Bitten, Twice Shy” and “Cleveland Rocks” and the voice of such landmark albums as, “All The Young Dudes”, “Mott”, “Ian Hunter” and “You’re Never Alone With A Schizophrenic”, he remains a hero to fellow musicians and fans around the world.

The compositions on Fingers Crossed see Hunter covering typically wide-ranging subject matter. ‘Dandy’, his fond tribute to David Bowie reflects on a relationship cemented in 1972 when Bowie produced Mott’s album All the Young Dudes and provided its hit title track. “I think ‘Dandy’ might be my favourite track on the album,” Ian admits “I like the line – ‘and then we took the last bus home’. David was an incredible artist with an insatiable curiosity for everything.”

‘Ghosts’ was inspired by a November 2014 visit to Union Avenue in Memphis where Ian and the Rant Band were invited to jam in rock ‘n’ roll pioneer Sam Phillips’ legendary Sun Studio. Title track ‘Fingers Crossed’ is a 1750’s sea-faring tale of impressment, when men were taken into the Navy by compulsion and forced recruitment.

“’Fingers Crossed’ was not inspired by a book” Ian comments, “actually it wasn’t inspired by anything material. I’ve no idea where it came from as I simply woke up one day with the line – ‘I was pressed into service, through no fault of my own’ – and from there the song took its own course. It could only go one way. It’s great when you get a strong opening line!”

‘White House’ injects a fun element, based on real-life … and a real beaver … while ‘Bow Street Runners’ tells the 18th Century tale of the Fielding Brothers. Hunter explains: “In the 1700s half-a-million people lived in London and there were no cops, so crime was rampant. It was crazy. One of the Fielding brothers was known as Blind Beak – he couldn’t see but he could smell crime and recognized thousands of criminals by the sound of their voices – so the story goes. The brothers Henry and John Fielding formed the Bow Street Runners … Britain’s first Bobbies!”

‘Morpheus’ is framed around the Ancient Greek god who had the ability to mimic human form and shape people’s dreams and has proved “the instant favourite of many people who have heard the album,” Hunter reveals. “I’m delighted with ‘Fingers Crossed’,” he adds; a sentiment sure to be shared by fans far and wide!