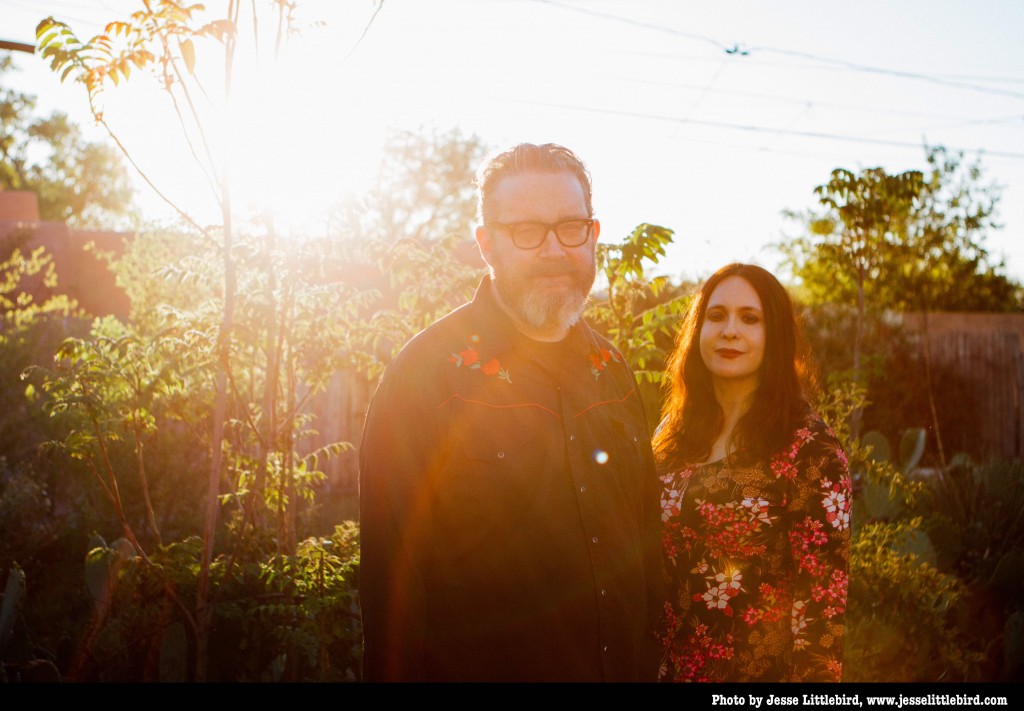 For the Handsome Family’s new song “Gold,” strange things were afoot at the Circle K. The song’s inspiration comes from a time when Handsome Family multi-instrumentalist Brett Sparks went to the convenient store in his hometown of Albuquerque, N.M.

“[He] went down for a six pack and came back with like $120 in $20 bills,” says Handsome Family bassist and vocalist Rennie Sparks. “He said there were $20 bills just swirling around in the air. He felt like it was his lucky day, but I, being a glass-half-empty kind of girl, immediately started worrying that someone was lying dead in a ditch. No one lets go of a fist full of money without a fight in this town.”

“Gold” appears on the band’s tenth studio album, “Unseen,” the follow-up to the country-rock duo’s 2013’s “Wilderness.” It also marks the first album since their 2003 song “Far From Any Road” was tapped in 2014 as the theme song to “True Detective” season 1.

Sparks says this new collection contains songs that have been percolating for years. “Writing songs is always hard and I think it gets harder the more you write and the more you have said,” she says. “We have to send that leaky bucket down deeper and deeper into the dark waters and it can take many long hours of pulling on the rope before we see the gleam of water.”

For example, one song, “Tiny Tina” was originally about the largest ball of twine but ended up being about a tiny horse. “Such is the nature of songwriting,” she says. “Sometimes you end up having to say the opposite of what you thought you needed to say. This is what keeps us interested in the process. It is never a formula and always a mystery.”

Other inspiration for songs include a tribute to William Crookes, who built the first vacuum tube in 1875, and blackjack losers. “No team of lab-coated engineers worked on this music,” she says. “Just two scraggily dreamers pulling prickly pear needles out of our skin.”

“Unseen” is due out September 16. See the tracklist and listen to “Gold” below: