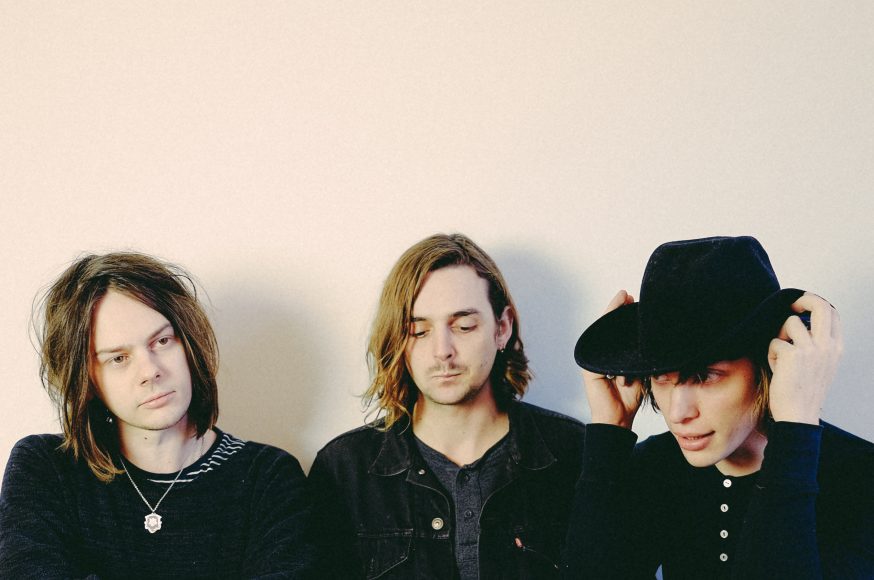 Oli Burslem and Andy Jones were born in the Black Country and raised in the suburbs. Moved to London and started selling curiosities in markets, which led to them meeting other musicians (a family table to Spiritualized’s John Coxon, an antique German map to Bill Drummond, a chair to a Caribou member, a model ship to a Scottish band – not that one – and an antique dildo to a Peace associate). They also put on an artwork exhibition with Thurston Moore. In the meantime, songs were written in a basement of a furniture store in east London. It was dark and YAK were born. Kiwi drummer Elliot Rawson joins to bang the drums.

Phil Taggart, Radio 1: “You could stick your hand on a pylon and it wouldn’t be as buzzy as this band right now”

Stereogum: “It’s easy to see why Yak have been met with such fervor”

NME: “Yak rock like Spiritualized on a monster codeine high”

The Beat: “The best new psych band around”

i-D: “The retro sound of the future of rock’n’roll”