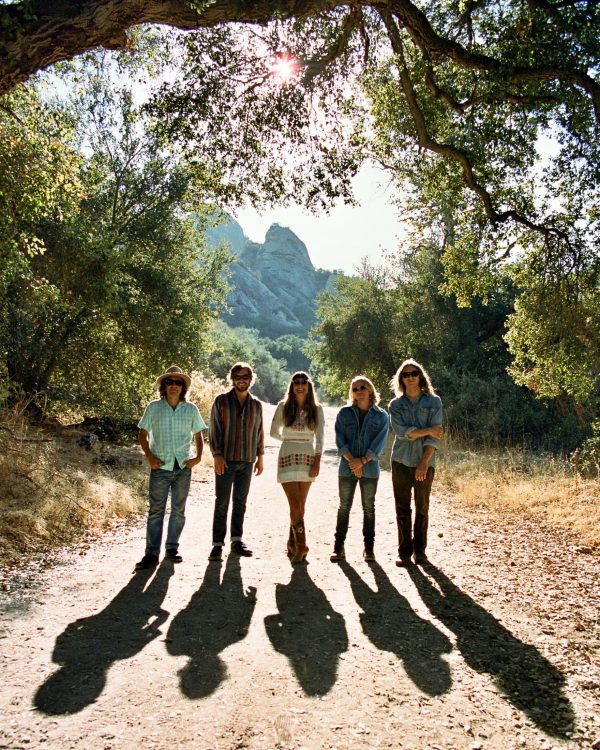 Pacific Range is rooted in the beautiful, sunshiny-coast of California. The band’s style takes from many influences ranging from The Allman Brothers and Grateful Dead, to The Band and The Flying Burrito Brothers. Seamus Turner (guitar & vocals) and Nate Ward (drums) met around 2013 while studying music at Chico State. After jamming together and discovering a strong musical connection they formed the band Dakota Cree. They utilized the university’s recording studio to record an EP and soon began performing for different school events and playing local clubs around town.

The group went through several incarnations, graduations, and moves and eventually landed in Los Angeles. They evolved into a five-piece with bassist Cameron Wehrle, keyboardist & guitarist Stewart Forgey and singer Jade. Cameron met Nate and Seamus at the Hotel Cafe and bonded with them over a love for the Allman Brothers. He then brought along Stewart, a high school friend of Cameron’s, and ex-band-mate from the group Echophonix. Last but definitely not least, Jade, joined through a chance encounter, completing the full Range.

In March their debut, double-LP, High Upon the Mountain, was released through Curation Records. The record was produced by Dan Horne (Circles Around the Sun) and features special guests such as Duane Betts, Nikki Segal, Clay Finch and Sam Blasucci (Mapache). Give it a listen to get a feel for the band’s sound and follow them on Instagram and Facebook to see what they’re up to. Have a blessed day : )